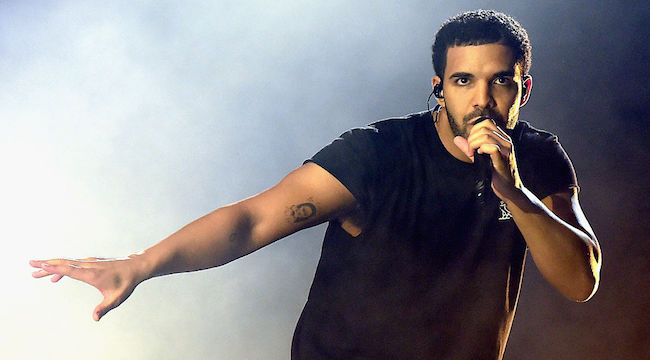 There have been claims that Drake has been using a ghostwriter for a while now, but here’s proof that he actually wrote his own lyrics, at least way, way back in his Degrassi days. An old notebook with handwritten lyrics by Drake is now on sale and it is expected to fetch a lot of money, possibly $54K. The notebook features Drake’s old songs including one that pays homage to Biggie Smalls. The crazy part is that the notebook was actually thrown in the garbage, but then recovered before it was gone forever.

The notebook is reportedly from around 2002 when Aubrey Drake Graham was playing basketball star Jimmy Brooks in the TV show Degrassi. The notebook was allegedly thrown into the trash but a wise person spotted it and retrieved the notebook full of Drake lyrics about a decade ago.

The notebook has 12 pages of lyrics including a song that pays tribute to the Notorious B.I.G. and his “Ten Crack Commandments” track from his “Life After Death” album that was released on March 25, 1997. Drake’s version of the Biggie classic was titled “10 Mack Commandments.” The notebook also allegedly has personal notes, phone numbers, and credit card information.

The notebook will be sold on Moments In Time, which they declare themselves as “one of the nation’s leading autograph dealers” that “purvey rare original autographs and historical documents.” The company says they have autographs of George Washington, Winston Churchill, Edgar Allen Poe, FDR, and Babe Ruth to name a few. The price for Drake’s old notebook will cost you about $54,000. You can see some of the notebook over at TMZ for free, which might be a better deal to be honest.