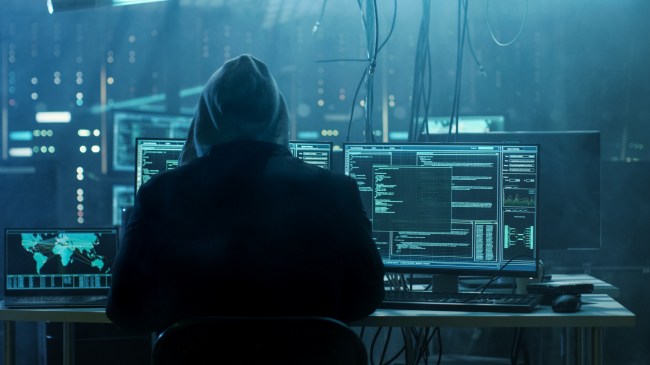 Bros, I spent last weekend isolated in the Adirondack Mountains in upstate New York at a lake house that usually has WiFi internet but it was down and lazy ass Frontier didn’t show up to fix it on either day they said they were going to. Without any Internet or cell phone access for three days I felt isolated as hell and found myself wondering how previous generations ever made it through the day. The answer to that question is simple, it was a completely different society and the Internet changed everything we do today.

The internet has warped every aspect of society over the past few decades. Everything in our lives is attached to the Internet. Cars, energy, banks, water…every aspect of infrastructure is connected to the Internet in some form or another and it’s re-shaped all that we know. David Kennedy is a former hacker for the NSA and these days he’s the well-respected CEO of TrustedSec. He spoke with Tech Insider about the extreme chaos that would happen if a cyber threat from China or North Korea were to take down America’s Internet:

Here’s a bit of that transcript:

Water treatment facilities. We look at how we produce our water, and clean water from, different sources of areas where we have to filter that water out. All those are interconnected systems that have internet capabilities that can all be disrupted.
Most importantly, our utility grid. There’s been a number of attacks on our infrastructure, originating from both North Korea, Russia, and a number of other countries. Focusing on getting footholds into our grid, so that in the event that there’s a conflict, they can shut our infrastructure down. We saw that we had a blackout, that was a partial one, a number of years ago. In a lot of cases, it could shut down a large percentage of our infrastructure. We would be completely blackout. Wouldn’t be able to leverage any technology, and it would be a complete cataclysmic downfall of a lot of our infrastructure. (via)

Basically, taking down the Internet in the US would lead to a total blackout and this, in turn, would lead to a global financial meltdown with the dollar plummeting and the entire world losing their shit. Sounds pretty fucking cataclysmic, doesn’t it?