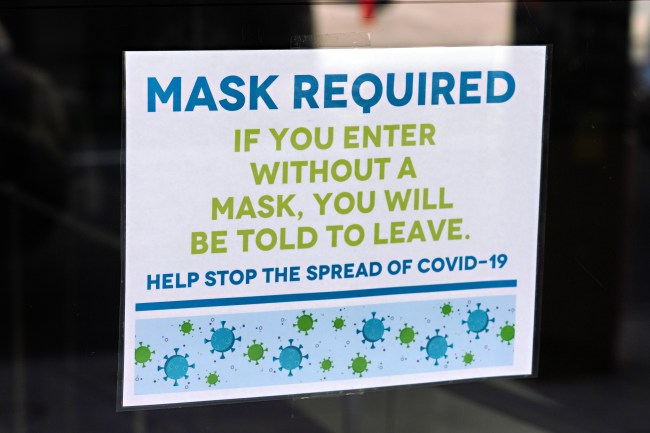 A NYC woman was filmed losing her mind after being called out for not wearing a mask inside a bagel shop while coughing her lungs out.

In the video, one of the customers at the New York City Bagel Coffee House noticed the woman was coughing and asked one of the staffers to enforce the city’s mandatory mask-on policy.

The woman then proceeds to begin shouting expletives in anger and coughs on the customer in retaliation.

BECAUSE SHE WAS ASKED TO WEAR A MASK. pic.twitter.com/Yc9nEl96oi

The customer in the video, Ally Goodbaum, explains exactly what went down on her Facebook page. 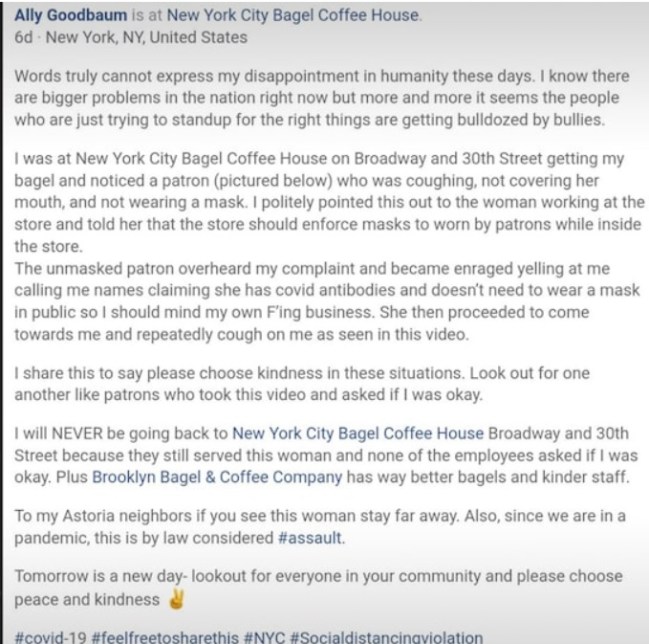 Goodbaum spoke to the Daily Dot and says she wants the city to hold the bagel shop accountable for enforcing the city-mandated mask policy.

Goodbaum told the Daily Dot she also blames New York City Bagel & Coffee House. “They were failing to follow the guidelines in many ways,” she said, adding that it didn’t keep tabs on how many people were entering the small store. She said the store did not have a sign outlining its mask policy at the time.

Goodbaum said she tried to call the shop “many times throughout the week, and they didn’t answer.”

“They should really be held accountable. This is her, but it’s also 50% them, too,” Goodbaum said.