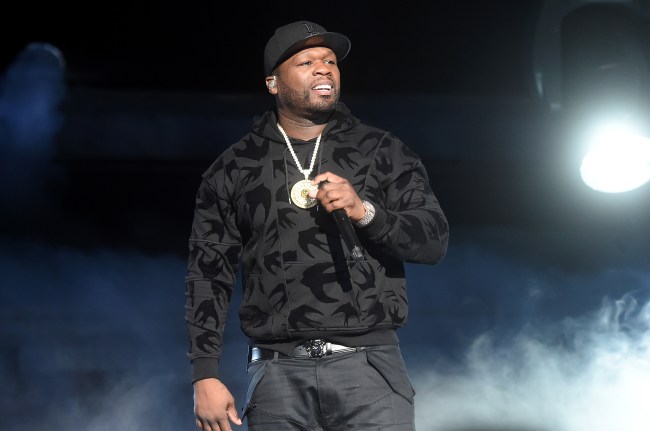 An NYPD commander is in hot water after telling officers under his command to shoot rapper 50 Cent “on sight’ during a roll call last June.

Deputy Inspector Emanuel Gonzalez, the commanding officer of the 72nd Precinct in Sunset Park, allegedly made the threat last June 7, when the actor and “In Da Club” rapper was expected to attend an NYPD sanctioned boxing match in the Bronx.

During a roll call inside the 72nd Precinct stationhouse, Gonzalez told his officers if they saw 50 Cent at the boxing match, known as a smoker, they should “shoot him on sight,” a source with knowledge of the case said.

“The inspector just said that at roll call,” the source said. “I’m like WTF.”

No one recorded the incident, and Gonzalez tried to pass off the bizarre order as a joke. But the matter made its way to police headquarters, which launched a probe.

“The incident is under internal review,” a department spokesman said.

A source said the Internal Affairs Bureau’s Group 1 — which handles police corruption cases for captains and above — is investigating.

Apparently the cop had a bone to pick with the rapper who he claims threatened him in an Instagram post before.

A month before the roll call, Gonzalez filed an aggravated harassment complaint, claiming 50 Cent threatened him on Instagram.

The entertainer was commenting on a lawsuit first reported in the Daily News accusing Gonzalez of shaking down the owner of the Sunset Park club Love and Lust — one of 50 Cent’s favorite haunts — when he wrote “Get the strap,” a slang term for “get a gun.”

50 Cent took to social media to blast the city of New York for not immediately suspending the officer.

This is how I wake up this morning, 🤷🏽‍♂️ This guy Emanuel Gonzales is a dirty cop abusing his POWER. The sad part is this man still has a badge and a gun.
I take this threat very seriously and im consulting with my legal counsel regarding my options moving forward. pic.twitter.com/5HWk2tqYFo

Mayor de Blasio we have a system in place that doesn’t work with out good people. This piece a shit Deputy Inspector Emanuel Gonzalez has to be dealt with. He is a embarrassment to Law Enforcement’s. pic.twitter.com/XqA12wHD15