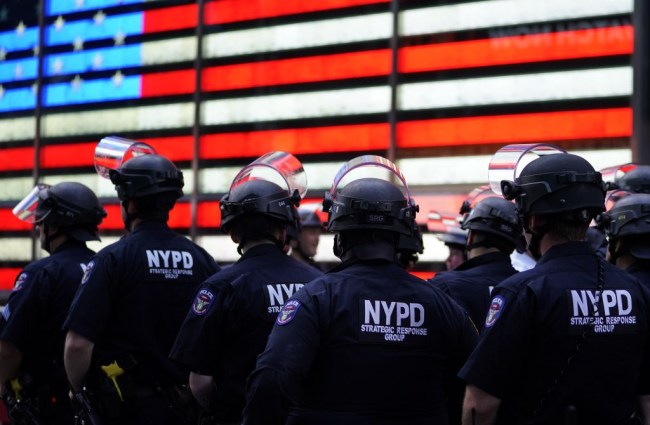 After kneeling with a group of protestors during a May 31 protest at Foley Square in Manhattan, Robert Cattani — a lieutenant in the New York City Police Department — wrote an email to his co-workers apologizing for kneeling, as he said “it was wrong and something I will be shamed and humiliated about for the rest of my life.”

In the June 3 email, obtained by the New York Post, Cattani described his decision as “horrible”.

In a June 3 email obtained by The Post, Lt. Robert Cattani of the Midtown South Precinct wrote that he lost sleep over the “horrible decision to give into a crowd of protesters’ demands.”

Cattani was among at least four cops who submitted to demonstrators’ chants of “NYPD, take a knee” during a May 31 protest in lower Manhattan’s Foley Square. In his email, Cattani said he struck the pose in an attempt to mollify the mob.

“The conditions prior to the decision to take a knee were very difficult as we were put center stage with the entire crowd chanting. I know I made the wrong decision. We didn’t know how the protesters would have reacted if we didn’t and were attempting to reduce any extra violence. I thought maybe that one protester/rioter who saw it would later think twice about fighting or hurting a cop. I was wrong. At least that [sic] what I told myself when we made that bad decision. I know that it was wrong and something I will be shamed and humiliated about for the rest of my life,” Cattani wrote. [via New York Post]

When reached for comment, Cattani directed reporters to the NYPD’s press office, who also declined to comment.

Hi. You're probably seeing this pinned tweet because cops were rioting nationwide and I'm trying to keep track