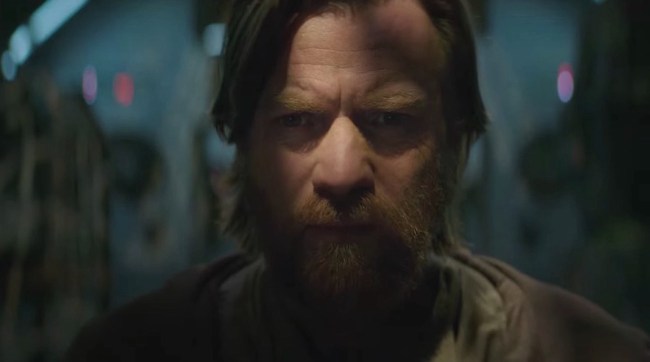 The official trailer for the new Disney+ series Obi-Wan Kenobi has been released in celebration of Star Wars Day on Wednesday, May 4.

Set a decade after the events of Star Wars: Revenge of the Sith, Obi-Wan Kenobi, which Disney is officially calling a miniseries, features Ewan McGregor as the beloved Jedi master for the first time since the prequel trilogy wrapped up back in 2005.

In addition to the return of McGregor as Obi-Wan, the series will also feature Hayden Christensen — who played the savior-turned-villain Anakin Skywalker in Episodes 1 through 3 — as Darth Vader.

Back when the series was officially announced Lucasfilm president Kathleen Kennedy described the rematch between Not-So-Old-But-No-So-Young-Either Ben Kenobi and Vader as the “rematch of the century”:

“Obi-Wan Kenobi begins 10 years after the dramatic events of Revenge of the Sith, where he faced his greatest defeat, the downfall and corruption of his best friend and Jedi apprentice, Anakin Skywalker turned evil Sith Lord Darth Vader. Our fans will be thrilled that Hayden Christensen will be returning in the role of Darth Vader. This will be the rematch of the century,” Kennedy said.

RELATED: ‘Star Wars’ Creator George Lucas Had One Major Concern When It Came To Baby Yoda