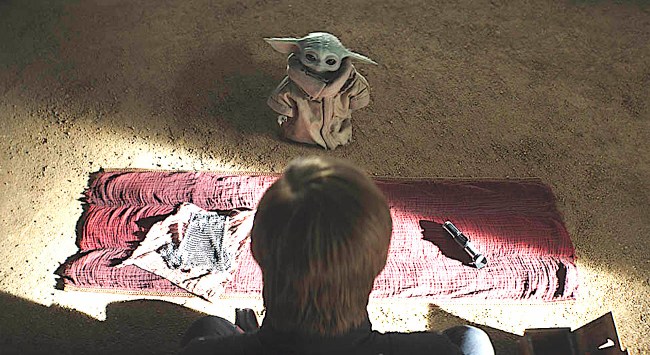 While Disney’s tenure as the stewards of Star Wars has seen both its ups, such as Rogue One, and its downs, such as The Rise of Skywalker. An undoubted high during the Mouse House’s ownership of the Star Wars universe, though, was the creation of Baby Yoda, who became a pop-cultural phenomenon unto himself.

Prior to the character’s introduction to Star Wars fans, though, George Lucas — the creator and the godfather of the Star Wars universe — had some reservations about how they’d bring the tiny green monster to life, particularly when it came to the little fella’s training.

Filoni, who also acts as Lucasfilm’s executive producer and creative director, recalled discussions he had with Lucas about Grogu, a.k.a. Baby Yoda, who debuted in the first episode of Disney+’s The Mandalorian. “I had a talk with George, at one point, about The Child, and his main concern was that the kid has to have a proper amount of training,” Filoni said in the Star Wars: The Art of The Mandalorian (Season Two) art book. [via Uproxx]

Albeit brief, Baby Yoda got some of that training with Luke Skywalker before ditching the way of the Lightsaber to instead don his Beskar chainmail armor and cruise around the galaxy far, far away with his adoptive father Din Djarin.

RELATED: Here’s Why No One Has Said “Hey Mando, Your Baby Looks An Awful Lot Like The Legendary Jedi Yoda”