Here’s Why No One’s Said: “Hey Mando, Your Baby Looks An Awful Lot Like The Legendary Jedi Yoda” 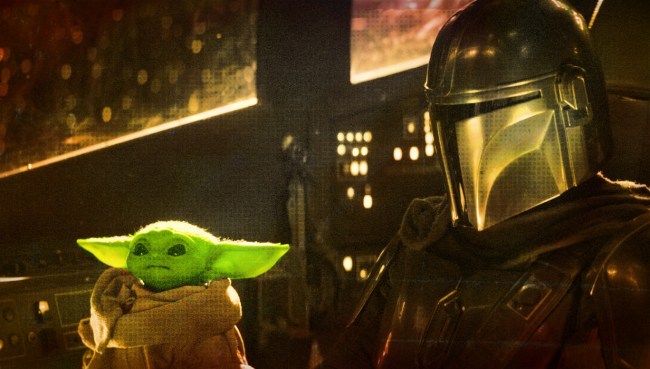 Update: The season two premiere of The Mandalorian has dropped so our full review and recap podcast is live! Check it out to dive into all things Mando, Baby Yoda, Cobb Vanth, and Boba Fett as we breakdown “Chapter 9: The Marshal”.

With the highly-anticipated second season of The Mandalorian finally kicking off this weekend, The Post-Credit Podcast has been recapping and reviewing all of season one to get ourselves prepared for what’s to come.

Of the many aspects that stick out the second time around — the wise Yoda-esque nature of Kuiil, the quality of the serialized episodes versus the “adventure of the week” episodes, the question of whether Mando keeps his helmet on during sex — the one that’s piqued my curiosity the most revolves around Baby Yoda and why no one seems to recognize him.

Chapter 6 of #TheMandalorian forced us to ask a question that simply had to be answered: does the helmet stay on during sex?

Keep up with our Mando recaps and more, on the latest @PostCredPod 🍿

Set five years after Return of the Jedi — which is also the year that the original Yoda passed away — not a single soul outside of Giancarlo Esposito’s Moff Gideon seems to understand who or what The Child is. Even the ever-wise Kuiil says that while he doesn’t know what it is, he does know of its powers (the Force). And that begs the question: how come no one is aware of Yoda, arguably the most legendary Jedi of all-time? Given that it was a Jedi (Luke Skywalker, trained by Yoda) who just ended the oppressive reign of the Galactic Empire, you’d think the average space folk would be more aware of their contributions to their freedom.

Alas, not only is the well-traveled Mando unaware of the  Jedi — he only knows them simply as “enemy sorcerers” — but it seems that the galaxy as a whole is generally oblivious to their existence. But how? Why?

RELATED: Our Biggest Questions Heading Into Season 2 Of ‘The Mandalorian’

Since I am not the encyclopedic Star Wars fan that most entertainment writers are, I had to phone in a favor from my Post Cred Pod co-host Brandon Katz, who explained to me that the lack of awareness about the Jedi and Yoda boils down to the Empire’s systematic efforts to wipe them from history and the general rarity of the Yoda species.

Me: “Why hasn’t anyone in the world of Mando heard of Yoda? Like, how come there’s no one like, ‘Oh, yo, shit… that little green baby looks a lot like the legendary Jedi Yoda!'”

Brandon: “A) Mando is about 30 years after Order 66 and B) in the complementary material not seen on screen, I believe it’s explained that the Empire scrubbed the Galaxy of all mention of Jedi as if they didn’t exist — a propaganda campaign. Obviously, that wouldn’t work quite as well with people alive for both events. I also think Yoda’s species, in general, is very rare and have unknown origins to both us the audience, and those in the universe.”

Across Star Wars lore, Baby Yoda is only the third of its kind to appear, and given the isolated nature of Yoda’s existence following Order 66, it stands to reason that the galaxy, through no fault of its own, simply hasn’t been made privy to how impactful the mysterious green species has been to the fate of their universe.