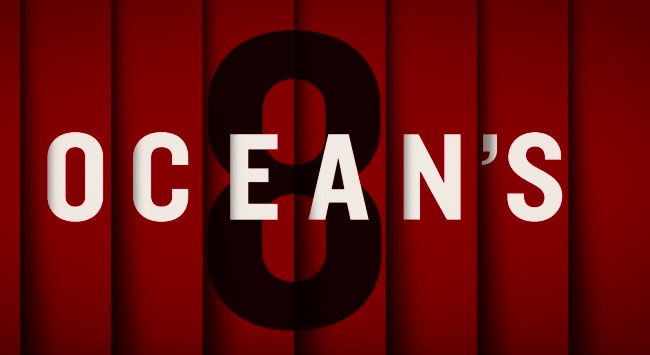 The first full trailer for Ocean’s 8 was just released by Warner Bros. Pictures. Yesterday, the studio released a 20-second teaser that failed to capture my attention and already had me worried that this film wouldn’t live up to the previous installments of the Oceans franchise. Based on this trailer I can admit that my concerns yesterday were unfounded because this film looks like it’s going to be good.

Director Gary Ross doesn’t have the world’s most extensive resumé when it comes to sitting the Director’s Seat. His most notable films are Seabiscuit and The Hunger Games, but he’s only directed six films including this one. He is, however, both the Writer and Director of Oceans 8 and as a Writer, he’s credited with 1988’s Big starring Tom Hanks, one of the all-time classic films to come out of Hollywood. So there’s a lot to be excited about here.

If you’ve got an issue with an all-female cast in Ocean’s 8 instead of Brad Pitt, George Clooney, and the rest of the crew then you’re just going to need to get over your problems ASAP because this film is going to be amazing. It’s got one of the best ensemble casts on record. This is all but assured to be one of the hottest films of Summer 2018 (it premieres on June 8th, 2018).

Oceans 8 will star Sandra Bullock, Katie Holmes, Rihanna, Anne Hathaway, Kate Blanchett, Anne Hathaway, Sarah Paulson (AHS), Mindy Kaling, Helena Bonham Carter, and more. Matt Damon’s listed on the IMDB page so he’ll certainly be making some appearances in the film. Frankly, I’ll be shocked if George Clooney and Brad Pitt don’t show up at some point for at least one second but if that’s a surprise appearance I’m sure the studio will keep it under wraps until the film hits theaters next Summer.