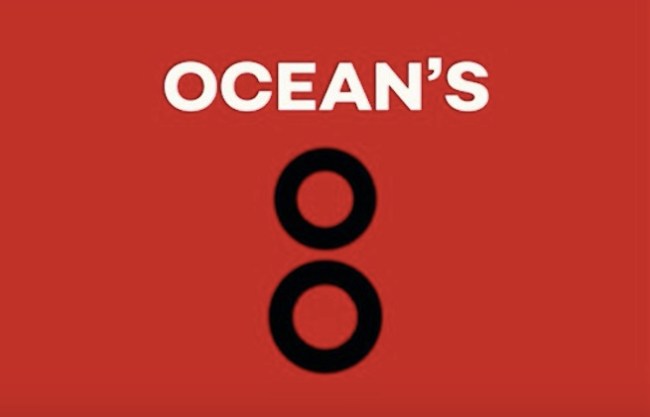 We’re just a few weeks away from the beginning of the Summer movie season kicking off. There are going to be some epic movies hitting the big screen this Summer (Avengers: Infinity War, Incredibles 2, etc) and one of those films is latest installment of the Oceans movie franchise.

As I’m sure you’ve heard by now, Oceans 8 will feature an all-female lead cast in the same way that Oceans 11 through Oceans 13 had all-male lead cast members. At the forefront of this film will be Sandra Bullock, Anne Hathaway, Cate Blanchett, and Rihanna.

We’ve seen a few teaser trailers before but Warner Bros. Pictures just dropped the full trailer for Oceans 8 which will debut in theaters worldwide on June 8th:

I’m not sure where Oceans 8 lands on the list of movies I’m most looking forward to this Summer. I’m definitely more amped for Avengers: Infinity War and Incredibles 2 but if this film is anything like the other Oceans movies it’s going to be awesome and I think I’m comfortable with saying it’ll be better than Ant-man and The Wasp because the original Ant-Man was a steaming pile of garbage…But, will it be better than Jurassic World? That remains to be seen.