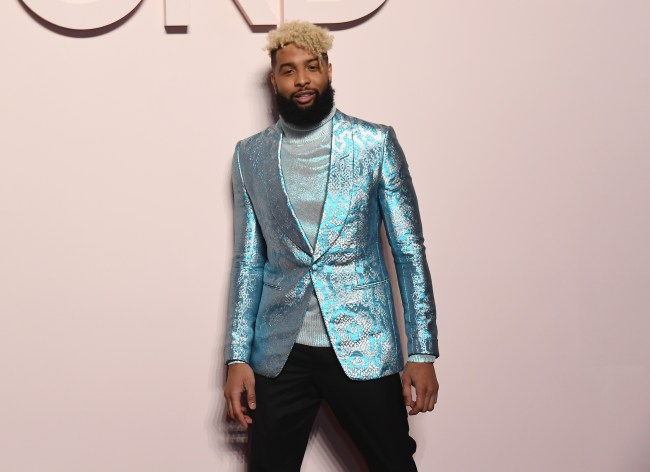 In the latest slap in the face to the New York Giants franchise, Odell Beckham Jr. just copped a customized six-figure Rolls Royce with a slither of the $21.459 million the Giants already paid him by way of a guaranteed signing bonus before mindlessly trading him to the Cleveland Browns.

To add insult to injury, Beckham and North Carolina’s Dreamworks Motorsports added a litany of customized features to the Dawg Pound Orange Rolls Royce Cullinan, including replacing the signature Rolls Royce Spirit of Ecstasy hood ornament with a figure of Odell making his famous catch in a Browns uniform.

The Cullinan posts a base MSRP price of $325,000, but you gotta imagine that price nearly doubled when you consider how extensively the car is customized.

Freddie: "If you don't wear Brown and Orange, you don't matter."@obj: pic.twitter.com/7N68cuobsR

As Yahoo Sports points out, Beckham is a frequent customer of Dreamworks Motorsports, as he purchased a custom Mercedes-Benz G550 for his mother as an early birthday gift back in February. He also purchased his dad a matte black Ford F-250 and a Rolls Royce Wraith sedan.

The fruits of being the highest-paid wide receiver in the NFL are tasty.