Credit To M. Night Shyamalan Because The Premise Of His New Film ‘Old’ Is Wildly Unnerving 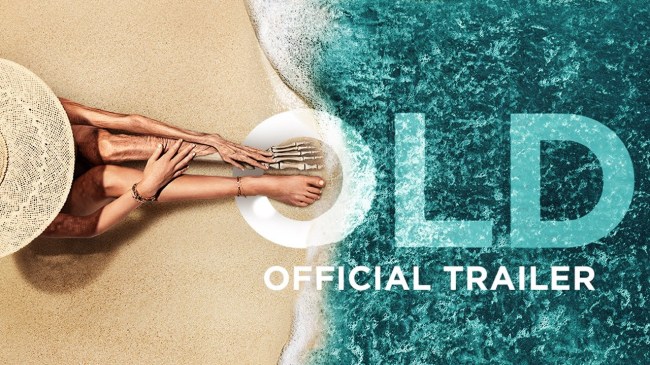 I reckon if M. Night Shyamalan wasn’t named M. Night Shyamalan, he wouldn’t have survived Hollywood this long. Certainly not after the likes of The Lady in the Water (which my Dad unironically loves — love ya and your bad taste in movies, Pops!) and The Last Airbender. Sure, The Sixth Sense slaps, Unbreakable is solid, and Split was a nice surprise — largely due to how low expectations were/Anya Taylor-Joy simply being in it — but other than that, M. Night is more bark than bite, more parts than sum — the “M. Night Shyamalan” brand carries for more weight than it should.

That said, I gotta hand it to him — the premise of his newest horror film Old is wildly unnerving. It makes me extremely uncomfortable and I absolutely love it. The idea of aging is terrifying in and of itself, let alone when it’s accelerated to such an extent that you live your entire life in one dread-filled day.

Here’s the official synopsis for Old, via Universal Pictures:

This summer, visionary filmmaker M. Night Shyamalan unveils a chilling, mysterious new thriller about a family on a tropical holiday who discover that the secluded beach where they are relaxing for a few hours is somehow causing them to age rapidly… reducing their entire lives into a single day.