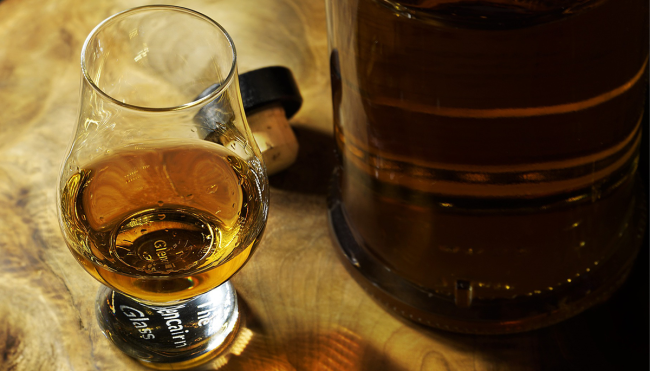 As I mentioned when I recently rounded up some of the best bottles of scotch you can currently get your hands on, the insane demand for bourbon and the Highlands-inspired whiskeys being whipped up in Japan have made Scotland’s tipple of choice an increasingly attractive alternative for fans of barrel-aged booze.

As is the case with its spiritual relatives, there’s usually a direct correlation between how long a scotch has aged and how much you’re going to have to shell out for it. There are plenty of reasonably priced options out there, but once you get to a point where a scotch could theoretically order a glass of itself at a bar, you’ve usually reached what I liked to describe as “If You Have To Ask, You Can’t Afford It” Territory.

With that said, there is nothing wrong with the occasional splurge if you can afford it, and as someone who recently got the chance to sample Talisker’s simply unreal 43 Year Old Xpedition Oak, I can safely say there’s a reason scotch that entered the barrel when most people were still using gasoline with lead in it is so sought after.

As a result, I can’t even imagine what awaits anyone who manages to get their hands on one of the bottles featuring liquid from a cask that was first rolled into the warehouse at Glenlivet Distillery all the way back in 1940.

According to Barrons, Gordon & MacPhail Generations 80-Years-Old is the oldest single malt scotch to ever make its way into a bottle, as 250 decanters designed by architect David Adjaye now house the whiskey that was first confined to Cask 340 the year after the United Kingdom entered World War II, where it remained until 2020.

The first bottle is slated to go up for auction in Hong Kong in October, where the decanter will be part of a lot valued between $100,000 and $200,000. In addition to the scotch, the winning bidder will also secure the head of the barrel it was aged in as well as a trip to London to drink whisky with Adjaye and one of his works to take back home.

It’s safe to assume the remaining 249 barrels will set you back slightly less, but sadly, they’ll probably still run you more than basically anything else on the planet.