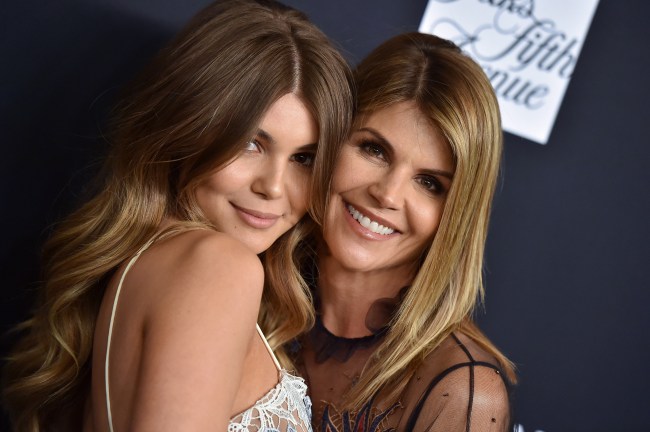 The best course of action for Olivia Jade Giannulli in the midst of the nationwide protests is nothing. Absolutely nothing.

Olivia Jade is best appreciated when people forget that Olivia Jade exists, at least until one person begins to forget that she was 2019’s posterchild for white privilege.

Giannulli, whose parents Lori Loughlin and Mossimo Giannulli have recently agreed to plead guilty to conspiracy charges in connection with the college admissions scandal, did not take my advice and that is why you are reading this right now.

The 20-year-old hopped on Instagram Sunday to deliver a lecture to her 1.3 million followers about white privilege just months after her parents allegedly paid $500,000 in bribes to arrange to have their two daughters accepted into USC as members of the rowing team, a sport neither of them have ever participated in.

Olivia jade on IG going on about white privilege… you mean the thing that’s keeping your parents out of jail and that fake got you into USC? I can’t pic.twitter.com/QCNNNamWF9

“need to understand that just ‘not being racist’ is not enough,” Olivia wrote on her Instagram story on Sunday. “if you hear people saying disrespectful things. CORRECT THEM. Don’t sit there & allow this to continue happening.”

“As a person who was born into privilege based on my skin color & financial situation, i was not always aware that these issues were still so present. And that makes me feel awful. But that also fuels me,” she wrote. “It makes me want to learn more and do more and be better for all my beautiful black friends and any other person who faces discrimination.”

She added, “I’m not racist and i never have been but i need to speak up about this because just not being racist isn’t enough. It outrages me. It makes me feel sick. It brings me to tears. THERE SHOULD NOT BE SUCH A GAP BETWEEN PEOPLE LIKE THIS. We need to support and stand up and speak and use our WHITE PRIVILEGE TO STOP THIS.”

Olivia Jade has to know by now that there is legitimately nothing she could say that would not come off entirely fraudulent, but she didn’t, and the criticism came swiftly and harshly.

why the fuck is olivia jade talking about white privilege saying that things need to change. BITCH SHUT UP!!!!! WHITE PRIVILEGE IS KEEPING YOUR PARENTS PUT OF JAIL WHILE BLACK PEOPLE GET MURDERED FOR WALKING DOWN THE DAMN STREET

Not Olivia Jade lecturing folks about using their white privilege for good😭😭 baby girl isn’t your mother currently in prison for scamming you into a major university? IM WEAK

My old basketball coach used to say, “It’s not what happens that matters. It’s what you make happen after whatever happens happen.” And to Olivia’s credit, she’s being about it, not just talking about it.

She recently participated in an Instagram challenge that randomly generates a Black Lives Matter movement to which people can donate. She landed on the National Bail Out fund, which works to “end systems of pretrial detention and ultimately mass incarceration.” She shared a screenshot of her donation receipt, but it didn’t include the amount.

According to her Instagram story, Olivia Jade — daughter of Lori Loughlin — has donated to the National Bail Out Fund after receiving criticism earlier this week for her post on white privilege. pic.twitter.com/Hpm0UmlBT3

Now the only thing Olivia needs to do to get back in my good graces is call me.