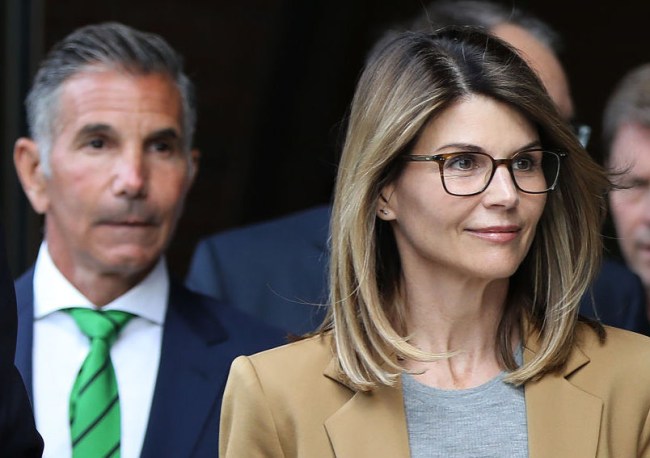 It’s not exactly a secret that there are ways to get your child into a college they have absolutely no business going to, and while I’m not saying being related to someone whose name happens to be on a dorm or dining hall is going to make up for abysmal standardized test scores or an underwhelming GPA, there’s a solid chance a person in admissions is going to get an email cryptically urging them to give special consideration to those applicants.

It might not be fair to other aspiring students, but when you consider the entire point of college is to prepare kids for the real world, it’s a good chance to face the reality that people with the kind of money that lets them spend millions of dollars for the naming rights to a library will always have an edge in life that you don’t.

However, some rich people opt to go down a different path—like the ones involved in a massive admissions scandal orchestrated by a guy who served as a middleman between parents and college coaches who were bribed to say their children were being recruited for a sport as well as paying someone smarter than their kid to take the SAT or ACT for them.

Last year, over 40 people were arrested and charged with fraud and conspiracy and there was no name on that list that managed to garner more attention than Lori Loughlin, who (along with her husband Mossimo Giannulli) paid $500,000 to get their two daughters into USC by having them masquerade as aspiring members of the crew team even though they didn’t actually row.

This kicked off one hell of a saga, as the woman who’d made a name for herself as Aunt Becky lost her role on Fuller House as well as her Hallmark Channel gigs, which meant she suddenly had plenty of free time to defend her honor.

She and her husband initially pled ignorance while repeatedly maintaining they would not take a plea deal, a stubbornness that only led to prosecutors tacking on some more charges that could’ve resulted in them going to prison for 40 years if found guilty in a trial.

As they continued to hold out, the other defendants implicated in what was dubbed “Operation Varsity Blues” started taking deals of their own, which resulted in Felicity Huffman serving 11 days in jail while others went to prison for a few months and were forced to pay some sizable fines for their trouble.

They say good things come to those who wait, and while I wouldn’t necessarily call the latest development in the case “good” for Loughlin and Giannulli, it seems holding out as long as they did was a solid call based on the terms of the plea agreement that was released by federal prosecutors on Thursday.

Loughlin was initially offered a deal that would’ve resulted in her spending two years in prison in exchange for a guilty plea, but according to the terms that were released, she’ll instead only be sentenced to two months in addition to paying a $150,000 fine (her husband will serve five months and shell out $250,000 for his role).

I couldn’t resist using the headline I did here, but based on the current state of the prison system and the number of high-profile inmates who’ve gotten an upgrade to house arrest in the past couple of months, the chance that they spend any time behind actual bars is about as slim as Loughlin’s character failing to solve whatever case she’s faced with on an installment of Garage Sale Mystery.