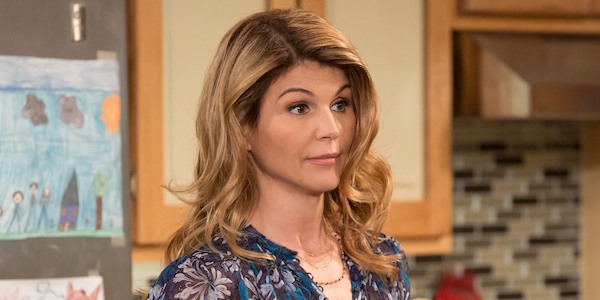 Whatever happened to integrity? Taking your own tests to get into USC? How did Lori Loughlin’s daughter get to living there? Somebody tell me please! This rich person’s world is confusing me. With repercussions as deserved as you’ve ever seen. Ain’t a hardworking student who knows this tune. Then a little voice from Rick Singer whispers, “Kid, I’ll get you into your dream school soon.”

Sorry Full House fans, it appears that Aunt Becky is set to be ousted following the college cheating scandal. Fuller House is ready to cut it out, and the “it” being Lori Loughlin.

According to The Hollywood Reporter, Netflix will not have mercy and won’t bring back Loughling for the final season of Fuller House. Oh Mylanta!

“The show will air its fifth and final season on Netflix in the fall, THR said. “Filming hasn’t started yet, and sources tell The Hollywood Reporter that production won’t be impacted by Loughlin’s legal issues as there are no current plans for her to return.” In other words, they told Aunt Becky to go pin a rose on her nose.

Netflix and Warner Horizon Television, which produces the Fuller House, have yet to offer an official statement.

Loughlin and her husband Mossimo Giannulli were among 33 parents involved in the nationwide college cheating scandal that was unveiled this week. Loughlin was already booted from the Hallmark Channel, where she had appeared most in the last decade in the TV show When Calls the Heart, Garage Sale Mysteries movies, and the network’s famous Christmas films. She will be missed.

Loughlin and Giannulli allegedly paid bribes of $500,000 to Singer’s Key Worldwide Foundation, which in exchange helped their two daughters to appear as rowing recruits for the University of Southern California. On Wednesday, Aunt Becky was released on a $1 million bail.

Loughlin’s daughter Olivia Jade Giannulli has also felt the backlash of reportedly cheating their way into school. Olivia Jade, who is an influencer on Instagram and YouTube, lost endorsements with beauty product chain Sephora and hair product company TRESemmé because of the college cheating scam.