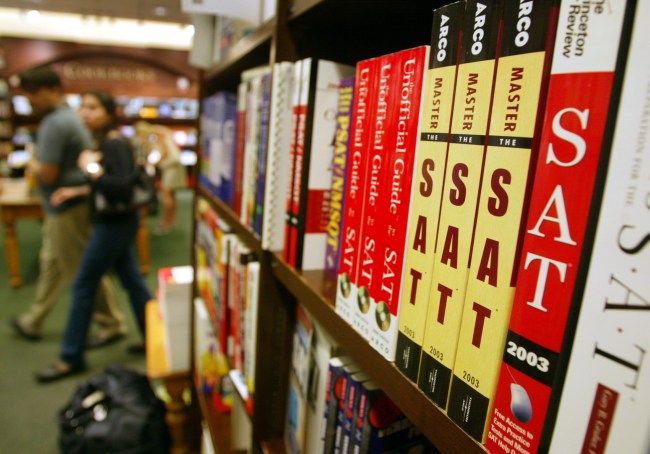 We’ve looked at some of the famous people from the eye-opening college cheating scandal such as Lori Loughlin, Felicity Huffman, and William H. Macy. Let’s get to know Mark Riddell, a graduate from Harvard who was so great at college entrance exams that he was bribed to take the tests of the children of wealthy parents.

William “Rick” Singer was the mastermind of the college cheating scam and the one who started up the Key Worldwide Foundation. That is the fake “non-profit” company set up by Singer to take payments from rich parents willing to pay for their kids to get accepted into prestigious universities.

The Key bribed college entrance exam proctors, sports coaches, and school administrators to get students who were not worthy into great schools. The Key even provided services where a proctor would not only administer the SAT or ACT exam, but also give answers during the test or even take the exam for students.

Mark Riddell was one of Singer’s designated test-takers who could whiz college entrance exams. The 36-year-old Riddell made sense for this function since he graduated from Harvard University in 2004.

“He was just a really smart guy,” said Andrew Lelling, U.S. attorney for the District of Massachusetts, which is leading the prosecution in the college cheating scam. “He did not have inside information about the correct answers. He was just smart enough to get a near-perfect score on demand or to calibrate the score.” That means Riddell was so proficient at the tests that he could purposely get enough answers incorrect to “not invite scrutiny.”

Prosecutors claim that Riddell would correct the exam answers for the students and in some instances would simply take the exams for kids. Authorities allege that this money-making scam happened regularly from 2011 until February of 2019 and he was typically paid $10,000 per test.

According to the criminal complaint, Singer instructed Riddell to travel from Florida to Houston last July in order to take the ACTs for a student who said they were too sick to take the test. Singer had already bribed the proctor in Houston to let Riddell take the test in place of the teen. Riddell was even given a sample of the student’s handwriting so he could practice it and adapt his own handwriting to match. Riddell completed the exam in his Houston hotel room.

After taking the test, Riddell called Singer and predicted that he got 35 out of 36 questions correct. Riddell was exactly correct on his prediction.

RELATED: Hallmark Drops Lori Loughlin, Her Daughter Olivia Jade Loses Endorsements And Drops Out Of USC For Fears Of Bullying

Riddell, from Palmetto, Florida, was a private school counselor for Singer’s wealthy clients. Riddell was also the director of college entrance exam preparation at IMG Academy in Bradenton, Florida.

You may have heard of the IMG Academy before because it is the prestigious private boarding school for high school student-athletes that has produced elite college players and even professional athletes. The IMG Academy was the school of choice for over 100 noteworthy athletes in baseball, basketball, football, tennis, soccer, and golf.

“Five of the top 60 basketball prospects in the 2019 Rivals rankings attend IMG Academy, including McDonald’s All-Americans who are headed to North Carolina, Villanova and Arizona,” Yahoo Sports reported. “IMG also boasts three of the top 10 football prospects in the Class of 2019: Georgia-bound linebacker Nolan Smith and Alabama-bound running back Trey Sanders and offensive lineman Evan Neal.”

Nick Bollettieri, a famous tennis instructor, founded the Nick Bollettieri Tennis Academy in 1978. Sports and entertainment company IMG purchased the academy in 1987 and after a few years broadened the scope of the sports academy to offer programs for soccer, baseball, football, golf, hockey, lacrosse, and track & field.

Riddell played Division I tennis at Harvard from 2000-04 and was also somewhat in the ATP (with 0 wins and $892 in prize money). IMG’s website states that their mission is to “work with every individual student-athlete to identify and matriculate at the higher education institution that fits their academic, athletic and social needs. Our graduates have gone on to pursue academics and athletics at many of the schools U.S. News & World Report’s annual Top 50 list, including: Princeton, Harvard, Yale, Brown, West Point, Cornell, and Johns Hopkins.”

Riddell’s now-deleted bio on IMG’s website said he “assisted thousands of students in gaining admission to top American universities such as Stanford, Duke, Columbia, Dartmouth College, the University of Chicago and others.” The IMG Academy boasts that their students have been involved in 133 professional all-star appearances, 63 most valuable player awards, 32 Olympic medals, 29 world championship titles, 14 collegiate national titles, and three Heisman Trophy winners.

The question to be asked is did Riddell offer his unscrupulous exam-taking tactics from the college cheating scandal and also offer them to parents of athletes who attended IMG Academy? Have the parents of athletes been paying Riddell so that their kids could fake their way to meet the minimum NCAA academic requirements?

The NCAA has not named Riddell, Singer, or Key Worldwide with any relationship to their student-athletes, but did release a statement. “The charges brought forth today are troubling and should be a concern for all of higher education,” the NCAA statement read. “We are looking into these allegations to determine the extent to which NCAA rules may have been violated.”

Based on Department of Justice documents, Riddell appears to have helped take down Singer and was a cooperating witness. In exchange for the damning evidence on Singer, the government will provide Riddell more leniency for his crimes. On Tuesday, the IMG Academy announced that Riddell was suspended indefinitely for the allegations of his alleged involvement in the nationwide college bribery scandal.

“With the current information at hand, we have no reason to believe this alleged misconduct extends beyond Mr. Riddell, nor do we believe that these actions have any direct relation to Academy students, parents, or staff,” the school said in a statement.

Today we were made aware of the charges against Mark Riddell. Riddell has been suspended indefinitely as we investigate this matter.

On Wednesday, Riddell released a statement through his attorney that said he was “profoundly sorry” for the damage he has done and the grief he has caused with his “needless actions.” The statement also said that Riddell understands that his actions have “contributed to a loss of trust in the college admissions process.”

“I will always regret the choices I made, but I do also believe that the more than 1,000 students I legitimately counseled, inspired and helped reach their goals will paint a more complete picture of the person I truly am,” the statement read. He said he accepts “full responsibility for what I have done.”

Riddell has been charged with two counts of conspiracy involving both mail fraud and money laundering for his role in the college cheating scandal that was brought down by the feds in an investigation called “Operation Varsity Blues.” Riddell is scheduled to appear in federal court on April 12 in Boston.