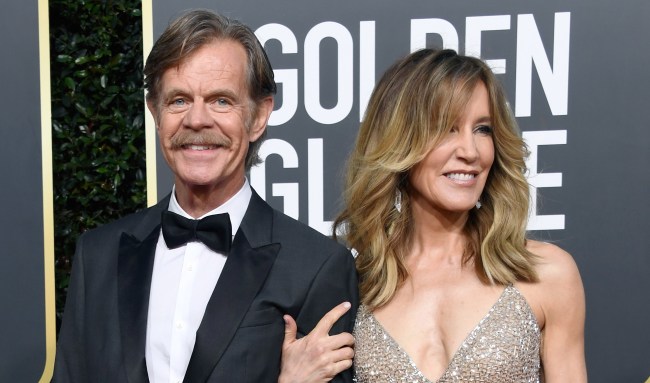 If you have no idea what I did there in the headline then just pretend I didn’t apologize and read on. For the rest of you, how could I resist? William H. Macy? Shameless? I had to do it.

Anyhoo, by now pretty much everyone is aware of the massive college admissions bribery scandal, aka Operation Varsity Blues, that has ensnared famous people like Aunt Becky Lori Loughlin, her husband, Giannulli, the founder of Mossimo clothing, actress Felicity Huffman, and her husband, star of Showtime’s Shameless William H. Macy. (Now you see what I did there.)

For some reason, out of those four celebrities and despite his wife being indicted, Macy was the only one not charged with a crime. Maybe those two Emmy Awards he’s won come with Get Out of Jail Free card. I don’t know.

The Feds don’t even mention him by name in the court documents. They just call him “spouse.”

Regardless, he is inescapably now tied to the college admissions bribery scandal.

As a result, people on the internet, much like myself with that headline, simply could not resist making some William H. Macy memes using some his crime-related roles in things like Fargo and, of course, Shameless. (Just like they did with Lori Loughlin and Full House.)

I'm not sure if I'm enjoying this Fargo remake. https://t.co/SLIikq08rm

William H. Macy on the phone with the admissions office right now pic.twitter.com/GsYsjvv3C2

From the comments: "Authorities just released a photo of the two guys William H. Macy met with to start this process:" pic.twitter.com/LLkRqYbZfl

[checks in on questioning] pic.twitter.com/RZN4ohhUAh

I can't believe William H. Macy became accidentally embroiled in a ridiculous federal crime and it's not in a Coen brothers movie