The Wiretapped Conversations Of Lori Loughlin, Others Trying To Scam Colleges For Their Kids Are Insane 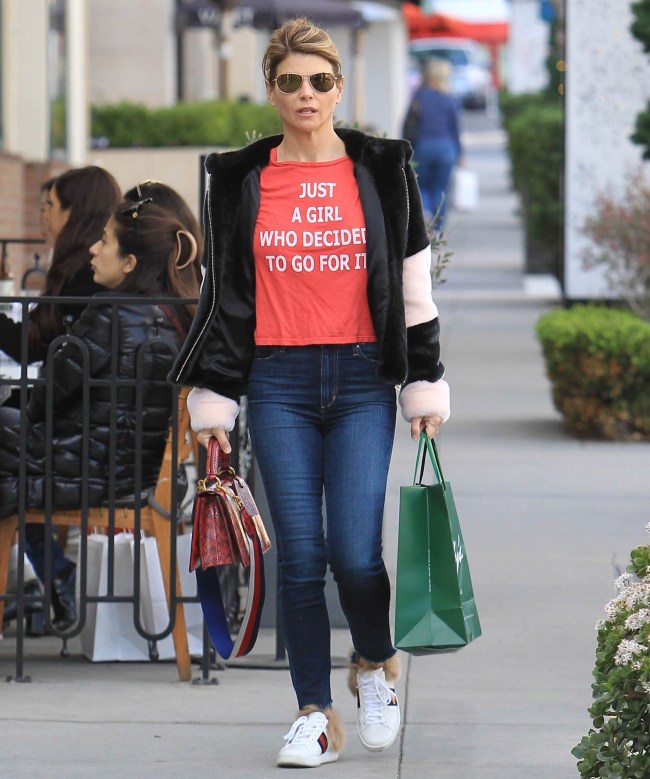 The bust of dozens of rich, and sometimes famous, parents trying to scam and bribe their kids way into various colleges is the gift that just keeps on giving.

The memes alone about Lori Loughlin and William H. Macy have been high quality entertainment.

Even James Van Der Beek gotten in on all the fun that’s come out of “Operation Varsity Blues.”

And now, Vice has obtained transcripts of wiretapped conversations between some of the wealthy parents, including our Aunt Becky, and “Cooperating Witness #1” trying to scam their kids’ way into college. Here are a couple of snippets…

CW-1: If you ever– ever were to say anything.

LOUGHLIN: So we– so we just– so we just have to say we made a donation to your foundation and that’s it, end of story.

CW-1: I just wanted to make sure I touched base because I didn’t want you–

CW-1: –to all of a sudden what– like what’s this call coming from.

I wonder where #LoriLoughlin got the idea to game the system?🤔 https://t.co/sDdmUvfHdk

A total of 33 parents and nine Division I college coaches were indicted in the sting.

The outrage expressed by one of the parents at being investigated is priceless.

CW-1: They know about USC. One of the counselors questioned [your son] getting in as Water Polo player this week. My folks at [U]SC called me so we could restate [your son] playing in Italy as [his high school] does not have a team.

Sloane: The more I think about this, it is outrageous! They have no business or legal right considering all the students privacy issues to be calling and challenging/question [my son’s]’s application.

Equally amazing was the sheer lack of these parents giving a sh*t that they were breaking the law.

Example: The unnamed spouse of Elisabeth Kimmel, the owner and president of Midwest Television…

SPOUSE: So [my son] and I just got back from [U]SC Orientation. It went great. The only kind of glitch was, and I– he didn’t– [my son] didn’t tell me this at the time– but yesterday when he went to meet with his advisor, he stayed after a little bit, and the– apparently the advisor said something to the effect of, “Oh, so you’re a track athlete?” And [my son] said, “No.” ’Cause, so [my son] has no idea, and that’s what– the way we want to keep it.

Read even more of the insane wiretapped conversations over at Vice.