Executive Sentenced To 4 Months In Prison For Paying $250,000 To Get His Son Into USC, That’s Bad News For Lori Loughlin 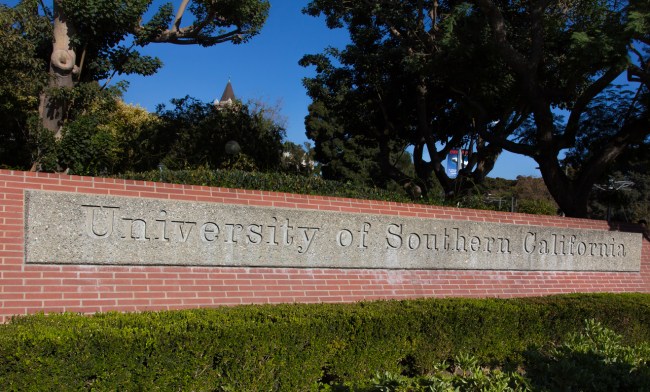 The college cheating scandal is heating up as parents who used bribery to get their children into universities that they were not qualified to be admitted. A Los Angeles business executive was sentenced to four months in prison for paying $250,000 to bribe USC to get his son admitted. Lori Loughlin should be terrified of how much time she’ll spend time she’ll be spending in jail.

Devin Sloane paid $200,000 to The Key Worldwide Foundation (KWF), the shady organization that was headed by William “Rick” Singer. The fraudulent organization is front-and-center in the college bribery scandal and has helped at least 50 parents get their kids into colleges that they had no business attending on their own merits.

According to Sloane, he approached The Key Worldwide Foundation to help his son get into college legitimately with “counseling.” Then after a year, the businessman claims that Singer proposed the idea of getting Sloane’s son into USC by having his son pretend to be a skilled international water polo recruit, despite his son never even playing water polo.

Investigators discovered that Sloane bought water polo gear online and shortly after staged his son “playing water polo” in the family swimming pool. Believe in something. Even if it means faking it to get admitted to a school you have no business attending. Sloane’s son was accepted into USC as a water polo recruit in March of 2018.

In a court filing from September 17, Sloane’s lawyers allege that their client was “targeted, manipulated and slowly and deliberately lured into the conspiracy by Singer, a world-class schemer, and manipulator.”

The 53-year-old Sloane made a plea deal with prosecutors to get a more lenient punishment in his role in the nationwide college admissions scandal. Sloane, who is the founder of the Los Angeles water systems company AquaTecture, pleaded guilty to a count of fraud and conspiracy at the federal court in Boston. Sloane was sentenced to four months in prison, 500 hours of community service over two years of supervised release, and a fine of $95,000 according to NBC News. Prosecutors were originally seeking a year and one day imprisonment sentence for Sloane.

Sloane begged the court for leniency in a letter by saying that he was a “dedicated family man” who grew up in poverty. Sloane, who is a graduate of USC, said the bribery scam was his way of “trying to help his son avoid the same emotional pain he experienced as a child.”

“There are no words to justify my behavior nor will I offer any excuses or justification,” Sloane told the courtroom with tears in his eyes during Tuesday’s sentencing. “The crime I committed is unacceptable. In my heart and my soul I want what’s best for my son. I realize now my actions were the antithesis of that.”

Heinel pleaded not guilty, she is accused of accepting bribes to get students admitted as fake athletic recruits.

Last week, Felicity Huffman received a sweetheart of a deal for her crimes in the college cheating scam. The Desperate Housewives actress was sentenced to 14 days in prison, 250 hours of community service, and a $30,000 fine. Huffman admitted she paid $15,000 to Singer’s organization, which paid off a proctor to cheat on the SAT to ensure Huffman’s test scores increased.

Huffman was the first wealthy parent sentenced in the college cheating scandal. There are 51 people nabbed by U.S. federal prosecutors in the Operation Varsity Blues that were announced on March 12, 2019.

Lori Loughlin is one of 19 parents who are attempting to fight the charges in the college admissions scandal. The Full House actress and her husband Mossimo Giannulli are accused of trying to get their daughters into the University of Southern California.

Loughlin should expect to get a much longer prison sentence than Sloane if convicted because she attempted to get her two daughters into USC. Like Sloane, Loughlin had her daughters Isabella Rose and Olivia Jade pretend to be athletes. The daughters posed as athletes for staged photos and were accepted into USC and were placed on the women’s rowing team despite never participating in the sport. Loughlin and Giannulli allegedly paid $500,000 to bribe USC to accept their daughters. Have mercy, it is not looking good for Aunt Becky.