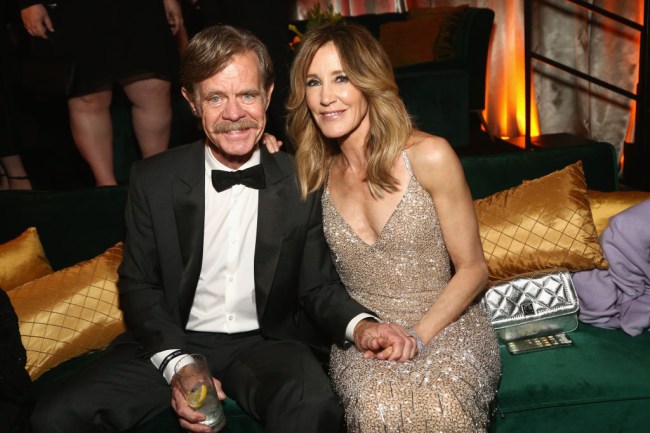 Actress Felicity Huffman was sentenced to only 14 days in jail for her role in the college admissions bribery scandal. Besides the two weeks in prison, the Desperate Housewives actress also received a $30,000 fine, 250 hours of community service and one year supervised release.

On Friday afternoon, federal court Judge Indira Talwani handed down Huffman’s punishment for her crimes in the nationwide college cheating scam. At the federal courthouse in Boston, Judge Talwani told Huffman: “Trying to be a good mother doesn’t excuse this.”

In 2017, Huffman paid $15,00 to William “Rick” Singer, who used his Key Worldwide Foundation to take bribes from wealthy families to get their children into esteemed universities. Singer reportedly arranged for one of his corrupt proctors to ensure that Huffman’s daughter did well on her SAT. Huffman’s daughter received a score of 1420, about 400 higher than her PSAT score from the previous year.

During sentencing, Huffman told the judge: “I am sorry to you.” In the courtroom, she also apologized to her daughters and her actor husband William H. Macy, who has not been charged in the college cheating scandal.

“I am deeply ashamed of what I have done,” Huffman told the judge. “At the end of the day, I had a choice to make. I could have said ‘no.’”

Huffman revealed the conversation she had when she told her daughter about paying to try to get her into a better college. The daughter responded by saying: “I don’t know who you are any more mom? Why didn’t you think I could do it on my own?”

Huffman said she is “deeply ashamed” of what she has done and has “eternal shame.”

“I take full responsibility,” Huffman told the judge before being sentenced to 14 days in prison. “I will accept whatever punishment you give me.”

Huffman pleaded guilty to a single count of conspiracy and fraud in May.

Now we wait to see what happens to Lori Loughlin, the Aunt Becky actress from Full House, receives. Loughlin pleads not guilty in her role of the college admissions scandal and her alleged crimes of bribing her two daughters, Olivia Jade Giannulli and Isabella Rose Giannulli, into USC.

RELATED: Lori Loughlin’s Daughter Still Not Taking Federal Charges Seriously, Is Back On Instagram Giving The Double Bird To The Media