Lori Loughlin’s Daughter Still Not Taking Federal Charges Seriously, Is Back On Instagram Giving The Double Bird To The Media 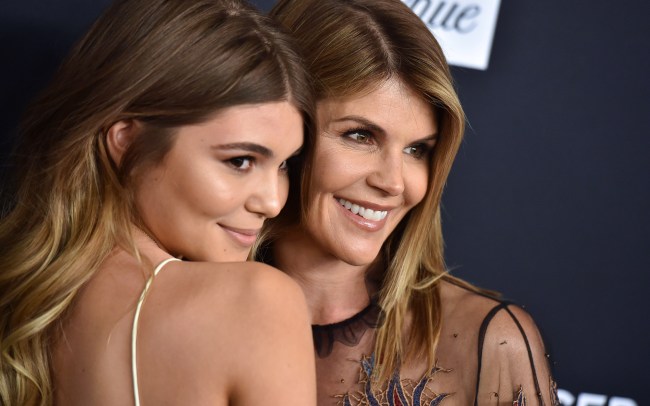 Ever since news broke that Lori Loughlin and her husband Mossimo Giannulli were being charged with crimes in a college admissions bribery scam, I have said that Loughlin and her family have been living in an “alternate reality” when it comes to the federal charges they are facing.

They have basically been in complete denial with regard the possibility that one or both of them could actually end up serving prison time.

Loughlin and Giannulli pleaded not guilty, have called the charges against them “baseless” and have essentially been going with a “we didn’t know it was wrong” defense.

Loughlin also was reportedly “outraged” that there are people out ther calling her family “cheaters” for illegally getting their daughters Isabella and Olivia Jade Giannulli admitted to USC.

Speaking of Olivia Jade Giannulli, on Sunday the disgraced former “influencer” returned to Instagram with her first new photo in 23 weeks.

And in a continuation of her not taking the federal charges facing her parents very seriously, the photo Olivia Jade (who may at some point be facing charges of her own) chose to post shows her giving the double middle finger to the camera with the caption, “@dailymail @starmagazine @people @perezhilton @everyothermediaoutlet #close #source #says.”

Makes sense. Her mom, and dad have been charged with mail and wire fraud and money laundering in their misguided effort to get Oliva Jade accepted into USC, which could result in up to 40 years in prison if convicted, so why not give the prosecutors one more reason to try to HAM in their efforts to convict them?

Like I said, the entire Loughlin/Giannulli clan are living in some kind of alternate reality. Too bad for the rest of us we can’t visit it sometime. It seems nice.