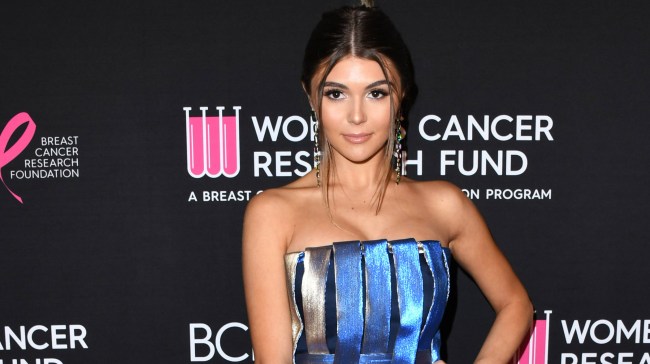 In the immortal words of Mark Twain, “Denial ain’t just a river in Egypt.” For proof of that all we need to do is take a look at the reports of how Lori Loughlin and her family have been dealing with being charged in the now infamous college admissions bribery scandal.

After Loughlin and her husband Mossimo Giannulli rejecting a plea deal because they reportedly thought the feds were bluffing, money laundering charges were added to their list of alleged crimes including mail and wire fraud.

Loughlin and Giannulli then claimed that they thought they might have been breaking some rules, but didn’t realize they were breaking the law when they got their two daughters, Olivia Jade and Isabella Giannulli, admission to USC by paying $500,000 and having them pose as recruits of the crew team (which they were not).

They then reportedly had the gall to be “outraged” over people calling their family “cheaters.”

Now, Loughlin’s daughter Olivia Jade, who may be the target of her own Federal investigation, and has seemingly been oblivious to the seriousness of the situation, reportedly wants to go back to USC amid her parents facing lengthy jail time for how they got her in there.

“Olivia Jade wants to go back to USC,” a source told Us. “She didn’t get officially kicked out and she is begging the school to let her back in.”

Unfortunately for Giannulli, 19, she’s unlikely to get her wish anytime soon. “She knows they won’t let her in, so she’s hoping this info gets out,” a separate insider explained. “She wants to come out looking like she’s changed, learned life lessons and is growing as a person, so she for sure wants people to think she is interested in her education.”

Yeah, well, we know for a fact that that is not true as she has previously said, among other things, that she just wanted “the experience of like game days, partying. I don’t really care about school.”

“USC has placed holds on the accounts of students who may be associated with the alleged admissions scheme,” the college said in a statement. “This prevents the students from registering for classes (until they have agreed to participate in the review of their case), withdrawing from the university, or acquiring transcripts while their cases are under review.”

Loughlin has already been fired from her job with the Hallmark channel as well as her gig on Fuller House, while Olivia lost many, if not all of her endorsements as an “influencer.”

Loughlin and her husband each face up to 40 years in prison if convicted.