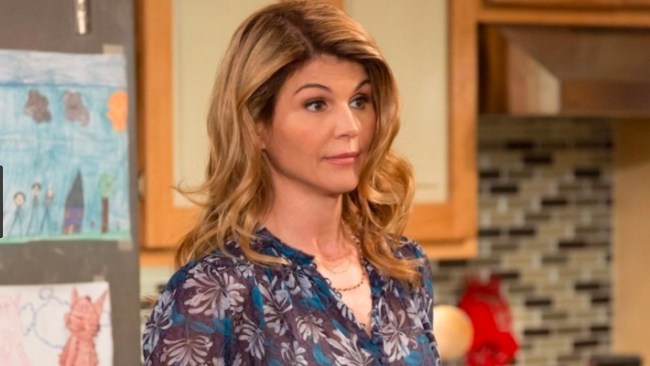 Last month, Full House fans and Hallmark Christmas movie lovers like myself were dealt a crippling blow when it was revealed Lori Loughlin was one of more than 40 people who were arrested for their role in a massive college admissions scandal.

Loughlin was one of many parents who were caught on tape trying to figure out unscrupulous ways to game the system with the assistance of William Singer, who essentially served as a fixer who spent his days scheming up ways to get the children of rich people into schools they had no business attending from an academic standpoint.

The actress and her husband allegedly paid Singer $500,000 to get their daughter (and aspiring influencer) Olivia Jade into the University of Southern California even though she had no interest in attending the school in the first place (she promptly dropped out after news of the scandal broke so that money really went to good use).

Hallmark immediately cut ties with Loughlin and Netflix would ultimately follow suit but that was just the beginning of the end for her. After getting hit with a number of felony charges, she decided to reject a plea deal that would have required her to serve two years in prison because she assumed prosecutors were bluffing only to quickly discover they were most certainly not when she was indicted yet again.

Loughlin is currently looking at up to 40 years in prison if she’s found guilty, and from the looks of things, she’s going to have to come up with a pretty good excuse if she wants to wiggle her way out of this one. However, if a new report is to be believed, excuses are decidedly not her strong point.

Entertainment Tonight recently spoke with a source close to Loughlin who shed some light on how the actress is planning on defending herself in court and, welp, good luck with this one:

“[Lori and her husband] claim they were under the impression they might be breaking rules, but not laws. They feel they were manipulated by those involved and are planning that as part of their defense.”

The “I didn’t know I couldn’t do that” defense might have worked out well for Dave Chappelle’s friend Chip but something tells me it’s not going to fly in a court of law.