Lori Loughlin Reportedly Offered A Minimum Two-Year Prison Sentence, But Only If She Accepts Plea Deal 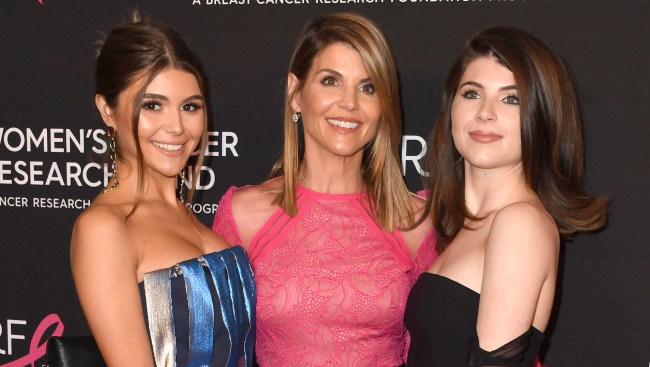 Lori Loughlin could be going from the Fuller House to the big house, according to a new report.

On Monday, actress Felicity Huffman and 12 other parents plead guilty to their participation the college admissions bribery scandal that the feds dubbed Operation Varsity Blues.

Huffman issued an apology taking “full responsibility” for her part in the scam. Loughlin, on the other hand, has remained silent and has yet to make a statement or a plea.

The actress, best known for her role as Aunt Becky on Full House and its spin-off Fuller House, along with her husband, Mossimo Giannulli, allegedly paid off a University of Southern California crew coach to gain admission to the school for her two daughters, Isabella Rose and Olivia Jade Giannulli.

Tuesday morning, TMZ reported that Loughlin and her husband have been offered plea deals with a minimum of two years prison time. However, if they do not accept the plea deal, then prosecutors will proceed to add charges, raising the potential prison time the two could serve.

Lori Loughlin and her husband are in a way worse position than Felicity Huffman … because the huge amount they allegedly paid in bribes to get their daughters into USC could land them in prison for 2 YEARS MINIMUM … TMZ has learned.

Sources connected to the case tell us … all of the parents in the college cheating scandal have been offered plea deals, but prosecutors will only accept pleas with prison time attached.

The prison sentences being offered in the plea deals to all of the parents involved are “largely determined by the amount they paid in bribes and whether they accept responsibility for what they did,” according to TMZ.

TMZ also reports that all of those charged have been told that if they do not reach a plea deal quickly, additional charges, including money laundering, will be tacked on to the fraud charges they are already facing.