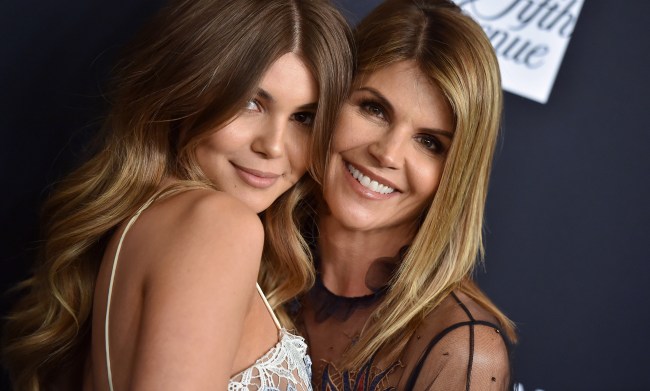 In more proof that being privileged has its privileges, Olivia Jade Giannulli, the daughter of actress Lori Loughlin, one of the people indicted in a massive college admissions bribery scandal, was on a yacht owned by chairman of USC’s board of trustees Rick Caruso when all the sh*t hit the fan.

And she wasn’t just on the yacht, Loughlin’s 19-year-old daughter was on the yacht in the Bahamas living it up with the chairman’s daughter Gianna and several other friends for spring break.

Caruso, a billionaire who has major real estate holdings including The Grove in L.A., tells TMZ, “My daughter and a group of students left for spring break prior to the government’s announcement yesterday. Once we became aware of the investigation, the young woman decided it would be in her best interests to return home.” Olivia is off the yacht.

Hard to believe that it took until Wednesday for him to decide that it might be a good idea to get Loughlin’s daughter off his yacht.

Two days ago, Caruso wrote this message on USC’s website…

The charges filed today against employees of USC are disturbing and the alleged activity is absolutely wrong. I am saddened that these people would abuse their positions of trust and, as the government has alleged, victimize USC in the process. There is no option other than zero tolerance for this type of behavior. As a result, USC has fired the alleged wrongdoers.

Chair of the USC Board of Trustees

It does look like a decent way to spend a vacation though. He probably didn’t want to spoil it.

Loughlin and her husband Mossimo Giannulli (founder of the Mossimo clothing line) were charged with “paying $500,000 to have Olivia and her sister classified as crew recruits for USC despite never having participated in the sport.” Loughlin has since turned herself in and been released on $1 million bail.

Maybe this yacht trip was just her daughter’s way of trying to make her faking being a crew recruit a reality? I mean, she was on the water. Close enough, right?

Now we also know why Lori Loughlin “never pushed” her kids to do anything, like get good grades. Why push them when you can just pay for them?

I KNEW OLIVIA JADE AINT GET IN BC OF HER GRADES LOL https://t.co/lYseMFfMke

Like funny memes? This scandal is CHOCK FULL of them.