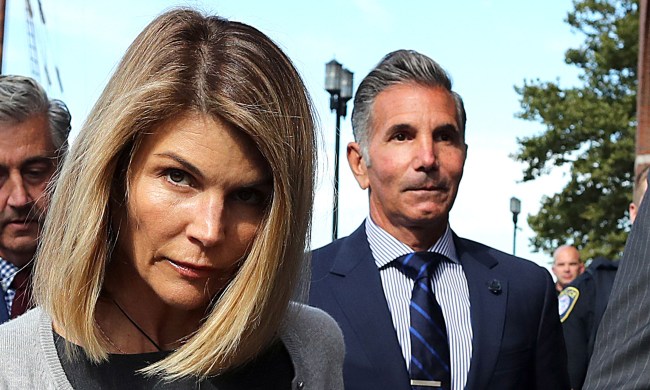 Lori Loughlin’s husband Mossimo Giannulli looks completely different and totally unrecognizable as he gets ready to go to prison for his participation in the infamous college admissions scam.

There is no way this could possibly be a coincidence, right?

The 57-year-old Giannulli, who was sentenced to five months in prison, a $250,000 fine, and 250 hours of community service for conspiring, along with his wife, Loughlin, to pay a $500,000 bribe to get their daughters Isabella and Olivia Jade Giannulli into USC.

Take a look at him in the photo above. That’s basically what how his appearance has been since, well, always.

I know Wentworth Miller recently said that he was officially done playing Michael Scofield on Prison Break, but dude, you’re a fashion designer, not auditioning for a role on Oz.

I’m pretty sure that all your fellow prison inmates will still know it’s you.

Giannulli, who had to pay a $250,000 fine, is scheduled to report to federal prison for his five-month sentence on Thursday, Nov. 19. When he’s done serving his time he will still have to perform 250 hours of community service.

For his sake, let’s hope his stay at the Greybar Hotel goes a little smoother than it sounds like it’s going for Aunt Becky.