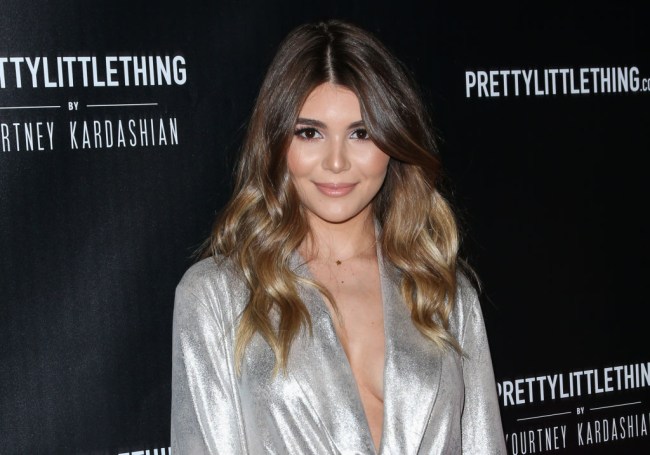 The college cheating scandal was blown open on March 12, 2019, by United States federal prosecutors. Now the celebrities involved with college admissions bribery scam are getting close to being punished for their roles in using unscrupulous means to get their kids into universities they were not qualified to get into on their own merits.

Felicity Huffman is scheduled to be sentenced next Friday in Boston for her involvement in the college cheating scandal. In April, she pleaded guilty to paying $15,000 to consultant Rick Singer, founder of the fraudulent Key Worldwide Foundation that took money in exchange for getting children of wealthy parents admitted into prestigious schools that they had no business attending. Singer was able to boost the SAT scores of Huffman’s daughter.

On Friday, attorneys for Huffman pleaded with a federal judge to spare the Desperate Housewives actress from any jail time. Federal prosecutors had initially said that Huffman should serve at least four months in prison for her crimes, but they lowered their recommendation on Friday to only one month in jail.

“In my desperation to be a good mother, I talked myself into believing that all I was doing was giving my daughter a fair shot,” Huffman wrote. “I see the irony in that statement now because what I have done is the opposite of fair. I have broken the law, deceived the educational community, betrayed my daughter, and failed my family.”

“Her efforts weren’t driven by need or desperation, but by a sense of entitlement, or at least moral cluelessness, facilitated by wealth and insularity,” the prosecution wrote. “Millions of parents send their kids to college every year. All of them care as much as she does about their children’s fortunes. But they don’t buy fake SAT scores and joke about it… along the way.”

In other college admissions cheating scandal news, Olivia Jade Giannulli broke her silence on Instagram in a major way and her lawyers are not happy. The daughter of Full House actress Lori Loughlin shared a photo of her giving the middle finger to the media.

Since the college cheating scandal broke, Olivia Jade has been extremely quiet on social media. Olivia Jade, who was an Instagram influencer and YouTube star, has posted twice since the college admissions scam became public news — a photo of her actress mother and her as a baby for her mom’s birthday in July.

On August 11, Olivia Jade posted a photo of her giving not one, but two middle fingers and she tags media companies “@dailymail @starmagazine @people @perezhilton @everyothermediaoutlet.” She included the hashtags: “#close #source #says.”

Flipping off the media and not keeping a low profile goes against everything Loughlin and Giannulli’s lawyers have advised. Olivia’s lawyers have reportedly advised her to not post anything on social media because it could be used against her in court in the future.

“Her lawyers begged her not to post anything,” a close source allegedly told Us Weekly. “Prosecutors are going to question her about it and show everything to the jury.”