Former World Surf League Executive Sentenced To 2 Months In Prison For Paying $250,000 To Get His Son Into USC 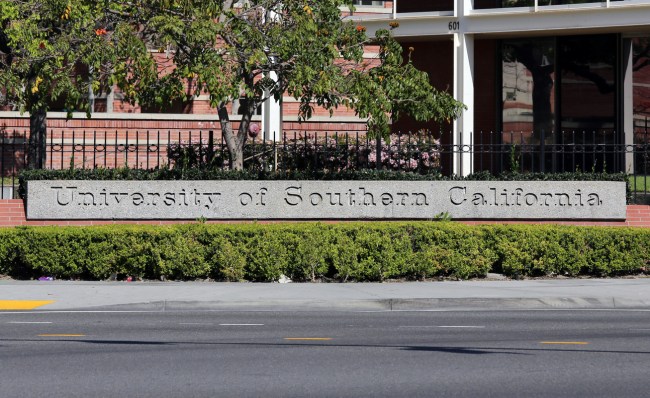 The latest parent involved in the college admissions scandal has received their punishment for cheating to get their kid into college. Lori Loughlin and her husband Mossimo Giannelli should take note and be very concerned for their future after the new punishment was levied by a federal judge.

The 59-year-old Bizzack is a former executive of the World Surf League, a former business partner of pro surfer Kelly Slater, and the founder of the clothing brand Outerknown.

Bizzack attempted to get his son admitted into the University of Southern California by making his kid was an athlete. Bizzack used the services of Key Worldwide Foundation and college cheating scam mastermind William “Rick” Singer. Bizzack paid $200,000 to Singer and an additional $50,000 to a bank account held by former USC athletics official Donna Heinel, who was fired by USC in March and has pleaded not guilty to conspiracy to commit racketeering.

Bizzack paid Singer with a check and on it, he wrote: “Rick, A big thank you for all your help with [my son]! He is thrilled about U.S.C. and is still on cloud nine!”

Bizzack pleaded guilty to one count of conspiracy to commit mail fraud and honest services mail fraud in July.

Before his sentencing, Blizzack said that his arrest has been a “huge wake-up call.” “It’s a turning point in my life,” Bizzack told the court. “I will continue after this sentencing to pivot my life. I want it for my son, my wife, my community, and my employees. I apologize, and thank you for your time today.”

“He is remorseful, ashamed, and accepting of the punishment this Court will impose. Mr. Bizzack has taken extraordinary, early, and continuous steps to take responsibility for his conduct — actions that speak louder than words,” Bizzack’s lawyers said.

Bizzack said his son was not aware of the scheme to get him admitted into USC, which would protect him from legal action. That cannot be said for Lori Loughlin’s daughters. Olivia Jade and Isabella Giannulli knowingly participated in the effort to get them into USC by posing for fake rowing photos so they could get recruited to the school as members of the crew team.

RELATED: Former Federal Prosecutor Says There Is Evidence That Could Lead To Charges Against Lori Loughlin’s Daughters

Blizzack is the 12th parent to be sentenced for their involvement in the college cheating scandal that includes actress Felicity Huffman who received a sentence of 14 days in jail and a $30,000 fine. On March 12, 2019, United States federal prosecutors revealed Operation Varsity Blues that exposed over 50 parents in the college cheating scandal who paid to get their children into schools that they were not qualified to attend on their own merits.