Yale Boots Student Whose Family Paid $1.2 Million To Get Her In, Department of Education Investigating College Cheating Scandal 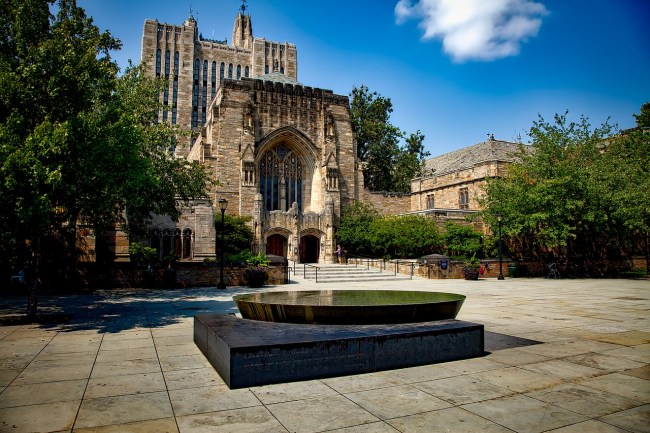 The college cheating scandal has not only affected celebrities such as Felicity Huffman, Lori Loughlin and her YouTube influencer daughter Olivia Jade Giannulli. There are other privileged families who have used their wealth to get their children into schools that they didn’t deserve to be admitted into. Now, Yale University has rescinded the admission of one of their students.

According to criminal complaints, schools that were involved in the college bribery scam were UCLA, USC, Georgetown, Stanford, and Yale. However, none of the universities took action until now. Yale becomes the first school to boot a cheating student since the college cheating scam broke two weeks ago.

Yale addressed the college scandal in a post titled “Frequently Asked Questions Related to Admissions Fraud Scheme” on Yale’s website. The Office of the President from the esteemed university wrote that they first found out about the bribery scandal on November 16, 2018, when they “received a federal grand jury subpoena from the Boston U.S. Attorney’s Office requesting information about Rudy Meredith. The U.S. Attorney’s Office did not share with Yale the full details of the allegations against Meredith or the extent of the investigation until the charges were unsealed on March 12, 2019.”

Yale revealed that two people applied to the university by using fraudulent athletic endorsements from women’s soccer coach Rudy Meredith. Despite the endorsement, one of the applicants was denied admission to Yale and the other was admitted. The family of the student who was admitted to Yale paid $1.2 million to William “Rick” Singer, the head of the corrupt Key Worldwide Foundation that bribed college coaches and proctors of college preparatory tests. For $1.2 million, the parents could have bought their kid a Chick-fil-A franchise for that much and guaranteed that their kid had a lucrative lifetime career instead of flunking out of Yale.

Singer mailed a $400,000 check to Meredith after the student was accepted into Yale University in 2018. ProTip: Don’t pay for criminal activities with a check.

It turns out that the second bribe that Meredith was offered was not from a concerned parent of an underperforming child, but rather a FBI set-up. After being exposed in Operation Varsity Blues, Meredith became an informant for the feds in April of 2018. Meredith resigned as Yale’s women’s soccer coach in November of 2018. Meredith has reportedly agreed to plead guilty to honest services wire fraud and related charges.

Yale did not reveal the identities of the two students or their families and court documents only identify them as “Yale Applicant 1” and “Yale Applicant 2.” Federal authorities arrested 50 people, including 33 parents, for the college fraud scandal. On Monday, 12 defendants involved in the scandal appeared in a Boston federal court. The defendants included six former college athletic coaches and two test administrators, all of which pleaded not guilty.

Also on Monday, the U.S. Department of Education announced that they are launching their own investigation into the college cheating scandal. The Department of Education sent letters to eight universities who have been linked to the nationwide college bribery scam which notified the schools that they will face a “preliminary investigation” according to the Daily Caller.

“The allegations made and evidence cited by the Department of Justice raise questions about whether your institution is fully meeting its obligations” under federal education laws and regulations, an Education Department official wrote. The investigation will attempt to seek if any of the schools violated rules “governing the Federal student financial aid programs” or other laws. Punishment for violating these rules include barring colleges from receiving federal student loans and Pell Grants.

“Every student deserves to be considered on their individual merits when applying to college, and it’s disgraceful to see anyone breaking the law to give their children an advantage over others,” Education Secretary Betsy DeVos said on March 13.