‘No Jail Time!’ – Dr. Dre Brags Daughter Accepted Into USC ‘All On Her Own’ (After He Donated $70 Million To School) 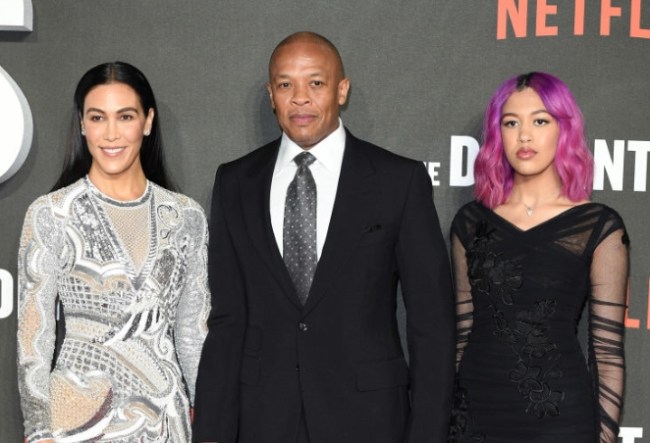 The nationwide college cheating scandal that exploded two weeks ago and has had major repercussions for Full House‘s Aunt Becky AKA Lori Loughlin as well as her influencer daughter Olivia Jade Giannulli. The scam paved the way for privileged kids from wealthy families to get accepted into universities that they did not deserve to attend. Following the scandal, Dr. Dre announced that his daughter got into the University of Southern California “all on her own.” But there might be a $70 million catch.

Dr. Dre boasted on Instagram that his daughter Truly Young was accepted into USC. His daughter was holding her Certificate of Admissions letter from the University of Southern California in the photo. The proud papa gloated that “My daughter got accepted into USC all on her own. No jail time!!!”

Last May, Truly said that her father was “pushing her to go to USC.”

Congratulations to Andre Young and his daughter Truly Young, that is a great achievement. The “no jail time” line is a funny jab at other popular parents such as Loughlin and Felicity Huffman who bribed colleges to get their kids into the schools. However, it would be a better jab if Dr. Dre’s daughter wasn’t going to a school where the legendary rapper has an entire hall named after him.

In 2013, Dr. Dre and Jimmy Iovine, producer and co-founder of Interscope Records, donated $70 million to the University of Southern California to fund their own academy. The USC Jimmy Iovine and Andre Young Academy for Arts, Technology and the Business of Innovation is “an environment for those rare undergraduate students whose interests span fields such as marketing, business entrepreneurship, computer science and engineering, audio and visual design, and the arts. The program will prepare them to become a new generation of inspired innovators” according to USC.

“The vision and generosity of Jimmy Iovine and Andre Young will profoundly influence the way all of us perceive and experience artistic media,” said USC President C. L. Max Nikias at the time of the very generous donation. “USC provides an extraordinarily rich academic, research and artistic environment. We are committed to encouraging our students to use their intellectual and creative resources to effect change in all segments of society. Our goal is to ensure that the academy is the most collaborative educational program in the world.”

This is pretty much the plot of Rodney Dangerfield’s 1986 comedy Back to School.