Olivia Munn Is Reportedly In Talks To Join G4 Relaunch 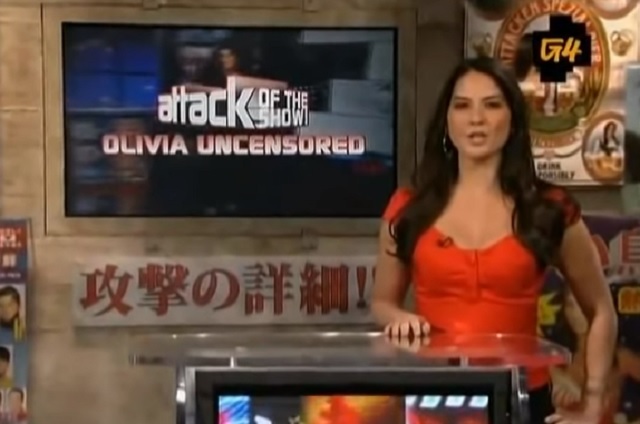 Olivia Munn could be making her way back to G4.

After nearly six years sitting of being off the air, the G4 video-game TV network teased a comeback last month.

The Twitter accounts of G4TV and G4’s Attack of the Show! and X-Play, two popular shows on the network, posted a cryptic teaser video with the caption “We never stopped playing.”

It turns out that Munn, who was one of the network’s biggest stars in the mid-2000s is in talks to join the G4 relaunch.

Olivia Munn is in final talks to sign a multiyear deal with the relaunching G4 Network, two individuals with knowledge of the situation told TheWrap.

The agreement deal will include a development deal and has both on- and off-air components. Munn was an original anchor on G4 series ‘Attack of the Show.”

A spokesman for the relaunching G4 Network did not immediately respond to TheWrap’s request for comment on this story.

Hopefully, this means we get an updated version of “Attack of the Show” next year.