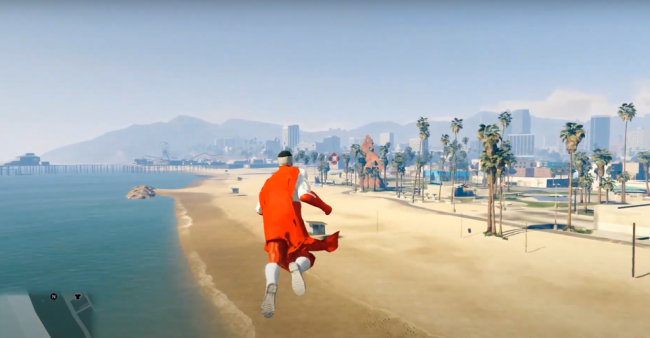 I simply do not understand how game modding (is that even the proper vernacular?) works. Not the slightest of clues. How these geniuses rewrite the code of a video game to essentially create their *own* video game is mind-blowing, especially when that “new” game is absolutely nothing like the original.

Take this recently modded version of Grand Theft Auto 5, for example, which allows you to cruise the skies and destroy puny humanity as Omni Man, the evil Superman-like figure from Amazon Prime Video’s hit series Invincible.

We need an #Invincible game pic.twitter.com/qDHusKWRSs

Speaking of Superman, it’s videos like this that make me wonder how the hell we don’t have a Superman game yet. Did you know there hasn’t been a console-based Superman game in 15 years? 15 years! Not since 2006’s Superman Returns for PlayStation 2 and Xbox 360 have we had a proper Man of Steel game. We’re on PlayStation 5 now!

All that said, Superman actually *will* be appearing in an upcoming video game, albeit in what seems to be a villainous role. Last August, Rocksteady Studios — the studio behind the acclaimed Batman: Arkham franchise — dropped the first trailer for Suicide Squad: Kill the Justice League, which featured a clearly-gone-bad Last Son of Krypton.