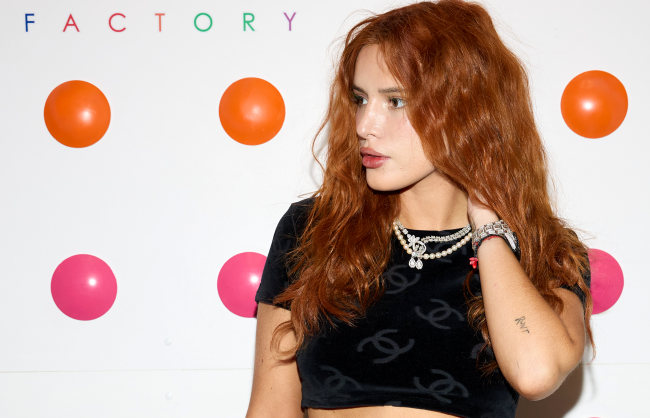 OnlyFans says it will be taking legal action against the “cybercriminals” who hacked, stole and published Bella Thorne’s explicit photos.

More than 200 videos and pictures in total were stolen, including those of the 23-year-old actress, reports Radar.

Last month, researchers at cybersecurity firm BackChannel reported that 279 OnlyFans creators’ accounts including those of Thorne, Blac Chyna, Amber Rose, and Tyga were hacked when they noticed a Google Drive full of explicit content from the site on a hacking forum, according to BleepingComputer.

“It is not uncommon for subscribers of OnlyFans creators to share files. OnlyFans has somewhat weak content controls around their content, and there are plenty of bots and scrapers a legitimate subscriber can use. What makes this unique is that so many users were bundled in one folder,” BackChannel founder Aaron DeVera told BleepingComputer.

“This implies that multiple contributors likely added to the cache, or that the uploader sourced the content from multiple leaks. We do not assess that the poster on RaidForums is the original uploader of the Google Drive content.”

They folder, according to BackChannel, appears to be shared from a City College of San Francisco account.

On Thursday it was reported that OnlyFans plans to go after this group of cybercrimials through the legal system after the company’s cease and desist letter remained unanswered.

“There is a group of people purchasing, compiling and then illegally hosting content,” OnlyFans told Radar. “We have sent them a cease and desist letter and filed a WIPO Complaint against the registrant. The registrant has not responded to the Complaint and we are pursuing further legal action.”

Strangely, OnlyFans also claims that the site was not hacked, despite BackChannel claiming OnlyFans did, in fact, experience a security breach last month.

“Content protection is a top priority and OnlyFans has a dedicated anti-piracy team that provides legal DMCA support to issue takedowns on behalf of the creators,” the company added. “It is a violation of our Terms of Service to copy, duplicate or record user content, and DMCA law protects creator content being published without proper permissions.”