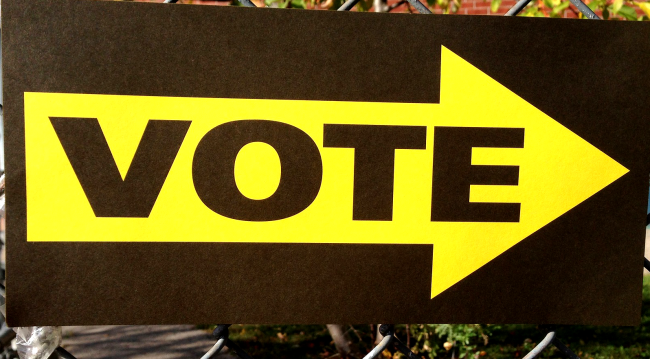 An OnlyFans model in Mexico named Rocio Pino, AKA La Grosera (“The Rude One”), has come up with a campaign platform rarely seen in politics: vote for her and it’s free boob jobs for everyone!

While it remains unclear how her being elected to Mexico’s Chamber of Deputies will give her that sort of sweeping power and financial resources, Rocio Pino claims to have a plan.

According to the Daily Star, Pino’s “election promise is to guarantee free breast augmentation for all women, with women who have undergone mastectomy given priority.” She will also offer free breast implants to trans women.

Pino’s campaign slogans of “Give your mum t–s” and “Because a woman with t–s is an empowered woman” have certainly garnered attention. As have her political ads which have shown her naked and pregnant in a show of support for single parents.

“Women have not been asked what we want. Nobody has. If you go out and ask: ‘Would you like plastic surgery?’ We are all going to say yes,” she told Efe.

She is running as a member of the Progressive Social Networks party, which was only just launched as a political party in 2020, and wants to become a federal deputy for the state of Sonora.

“The country needs deputies who do not have particular interests, much less the President,” she tweeted. “Always put the benefit of Mexicans before any particular interest, vote for me to achieve that balance and independence of the executive and legislative power.”

Pino says volunteering to help victims affected by the 2017 Chiapas earthquake was the impetus behind her desire to run for public office.

“With me, your vote counts for two,” reads another one of her campaign slogans.

The election takes place on June 6. If elected, Pino vows that she will not be shutting down her OnlyFans account.

“I make too much money there. OnlyFans is not negotiable and does not close,” she said.