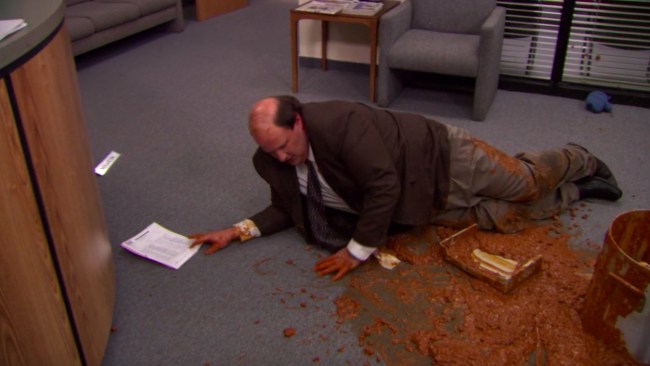 When it comes to comfort food television, there is arguably none as universally consumed as The Office.

The Steve Carrell-starring series is a go-to in multiple life situations, including but not limited to those “I don’t know what to watch right now” moments, putting it on as background noise when you’re working or studying, and even when you Netflix & Chill.

But while The Office may be comfort food to us, the audience, that’s not quite the case for the nature of the show itself, as the series — unlike Parks and Rec — is actually quite corrosive. The characters are generally mean and the jokes are inherently rude. And that’s okay! That’s what I love about the series and what makes The Office, The Office — it’s uncomfortable moments are also the funniest.

That said, even the writers of the series knew they had to draw a line somewhere.

Andy Greene, the author of the upcoming book The Office: The Untold Story of the Greatest Sitcom of the 2000s, recently shared a tidbit on Twitter that revealed that iconic Kevin’s Famous Chili scene was originally much darker.

In the version that made it to air, Kevin brings the pot into the office, falls, and ends up covered in chili. But in the original draft, he throws the pot into a trash can as his co-workers arrive for the day. Erin notes the stains, Andy smells something weird, and Jim even accurately guesses that it’s “Kevin’s famous chili. [via Uproxx]

Just brutal. If there’s one thing worse than having all your food ruined, it’s having it ruined and shit on by all your friends even though no one actually ate it.