Original ‘Star Wars IX’ Script Leaks, Presents A Much Clearer Vision For The End Of The Skywalker Saga 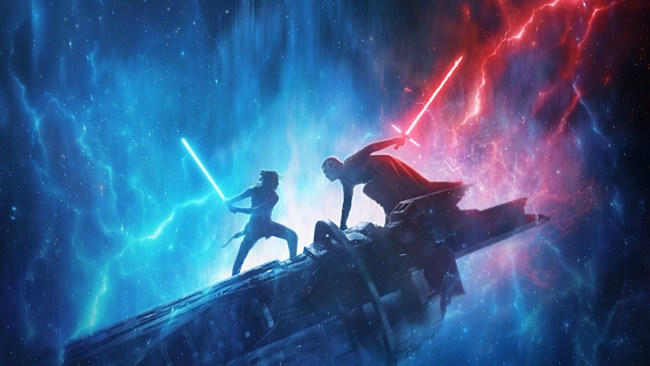 As if the backlash to Star Wars: The Rise of Skywalker wasn’t already fervent enough, the original script for Episode IX, which was written by the film’s original director Colin Trevorrow and Derek Connolly, has leaked online.

Of the many revelations in the Episode IX screenplay, one of the most interesting is about the title of the film, as the script reveals that the final chapter in the Skywalker Saga was supposed to be titled Duel of Fates.

According to Esquire, “the biggest difference” between the original screenplay and the movie fans ultimately got is the absence of Emperor Palpatine, who was easily the most controversial aspect of The Rise of Skywalker.

In addition to the script itself, the opening crawl — which created a huge controversy in The Rise of Skywalker, as it was used to unveil the return of Palpatine — leaked and paints a much different picture:

The iron grip of the FIRST ORDER has spread to the farthest reaches of the galaxy. Only a few scattered planets remain unoccupied. Traitorous acts are punishable by death.Determined to suffocate a growing unrest, Supreme Leader KYLO REN has silenced all communication between neighboring systems. Led by GENERAL LEIA ORGANA, the Resistance has planned a secret mission to prevent their annihilation and forge a path to freedom…

If you’d like, you can check the full script breakdown for yourself over on Reddit. However, I’d suggest letting a sleeping dog lie, as reading through it will only remind you of how disappointing Rise of Skywalker ultimately was.