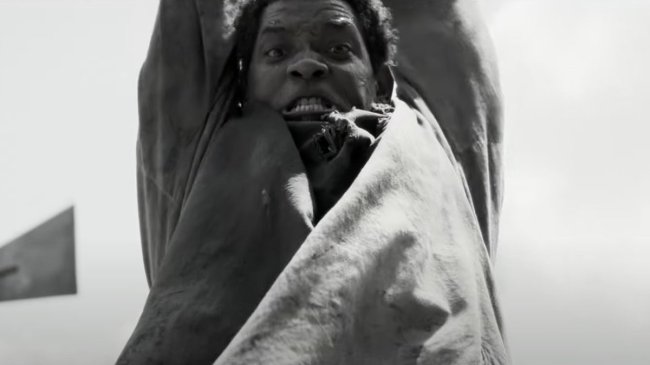 On Monday morning, AppleTV+ released the first trailer and poster for their expected award season contending film Emancipation, which is a slave drama directed by Antoine Fuqua and starring Academy Award winner Will Smith.

Emancipation is notable, of course, because it’s Smith’s first film to be released following his Oscars night slap of comedian Chris Rock. And based on the early reception from Academy voters, it would appear that The Slap remains fresh in their minds as a story from The Hollywood Reporter indicates many of them will simply refuse to vote for the film or Smith regardless of how good they might wind up being.

“No chance I would vote for him. However, I support the release of Emancipation. We need some good films out there, which I am assuming and hope this is. This is likely coming from Smith — the decision to release it now, I mean — and it shows the same hubris and arrogance that had him go dancing after the Oscars,” one voter told THR.

“I was surprised but not surprised learning of the release of Emancipation this year. Surprised because I believe that the industry should shun Smith, not embrace and boost his image,” said another.

To be fair, though, not all of the voters that The Hollywood Reporter spoke to refused to vote for Smith and indicated that they would if the performance was deserving.

While reviews for the film have yet to be released, the buzz within the industry has seemed to indicate that Emancipation is Antoine Fuqua’s best film since Training Day. The film will hit theaters on December 2 and AppleTV+ on December 9.

RELATED: Chris Rock Unloads On Will Smith ‘Hit Me Over A B.S. Joke, Showed Us He Was As Ugly As The Rest Of Us’