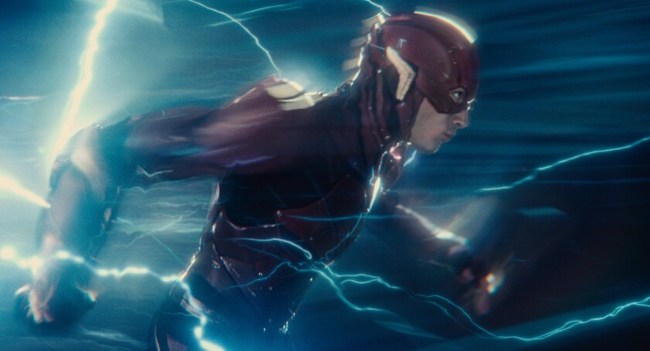 However, according to a recent report from TheWrap, that win may have been a result of some cheating as it’s now believed that the voting system was rigged by bot accounts.

TheWrap has learned that the Academy’s “Fan Favorite” and “Cheer Moment” awards — the Twitter polls allowing regular folks at home to vote online in the weeks ahead of the March 27 ceremony for their own Best Picture choice as well as their favorite movie moment of all time — appear to have been rigged by automated online bot accounts backing the work of “Justice League” filmmaker Zack Snyder.

TheWrap even spoke with University of Maryland professor David Kirsch, who has researched fanbots and stated that the vote in question “certainly do not look like they were generated by a human user.”

In addition to “Flash Enters the Speed Force” (which, of course, became an instant meme) in Zack Snyder’s Justice League, the other nominees in the Fan Favorite category were The Matrix – “Neo Dodging the Bullets”, Dreamgirls – “Effie White Singing ‘I’m Telling You'”, Avengers: Endgame – “Avengers Assemble to Fight Thanos”, and Spider-Man: No Way Home – “Three Spider-Men Team Up”.

This report should really come as no surprise as Snyder has a famously, uh, committed fan base. After all, they successfully pressured a major movie studio into the virtually unprecedented move of finishing and releasing the legendary “Snyder Cut” of Justice League, which, as it turned out, was actually far better than 2017’s theatrical version of the film.

And since you’re here, may as well send you off with some bonus Enter The Speed Force memes, because why not, it’s Friday.

“Welcome back from commercial. I was just told The Flash was going to enter the speed force but he got stuck on the 405” pic.twitter.com/fWnAhUS0C7

1. When I watched the stairway scene in 'Children of Men'

2. When I got married

3. When I saw the Flash enter Speed Force in Zack Snyder's Justice League

Like yeah THE GODFATHER is pretty good, but how many times does anyone in it even enter the speed force?

🎶they're singing happy birthday, you just want to enter the speed force🎶

There exists another dimension where everything is the same but the flash entering the speed force is the biggest meme out of the Oscars unfortunately you actually need to enter the speed force to get there.

I’ll never forget how hard I cheered the first time I saw flash enter the speed force. I’ll tell my grandkids about it