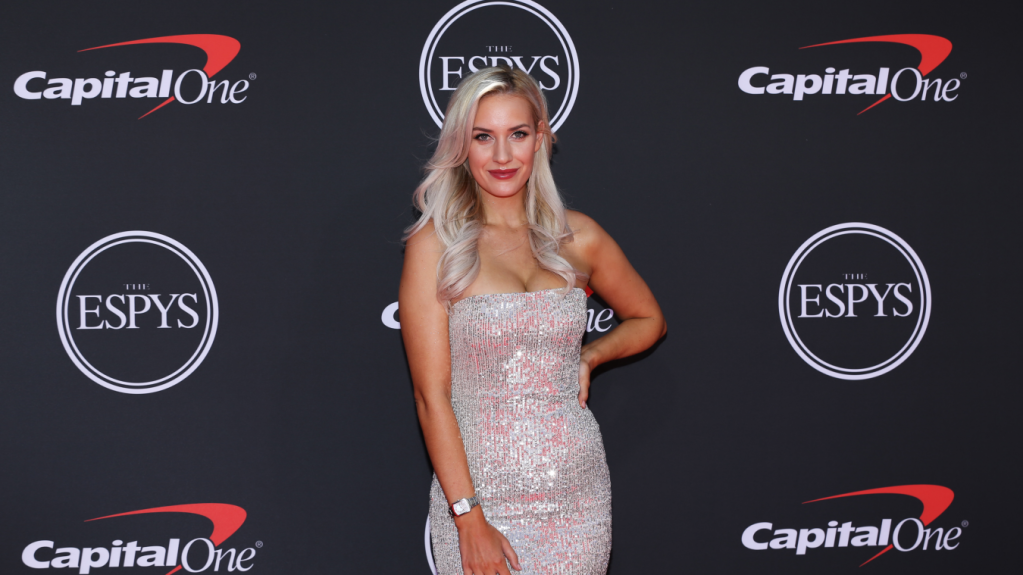 For anyone not familiar with Harley Quinn, she is a DC Comics character who recently appeared in The Suicide Squad and had a standalone film titled Birds of Prey and Harley was played by Margot Robbie. It was one of the most popular Halloween costumes in recent years but few renditions of Harley came close to Paige Spiranac’s perfect outfit.

Paige Spiranace recently polled her millions and millions of followers on what she should be for Halloween this year. Suffice it to say that nobody guessed she would dress as Cammy, a playable video game character who debuted in Super Street Fighter II: The New Challengers and later appeared in the live-action film.

Scroll through the pictures to see all three images:

Her friends and followers had nothing to say but great things about Paige Spiranac’s Halloween costume this year. One person wrote ‘literally perfect’ while another added ‘Definitely need to see more angles of this outfit.’ While that’s a cheeky response it was mostly pointing out that nobody could see the back of Paige Spiranac’s Halloween costume.

Not all of the comments are safe to share here, however, so I’ll spare you the rest. Paige Spiranac says this year’s costume came from ‘Swag Golf’ as part of their 2022 Halloween Costume Contest.

Here is Paige’s 2021 Halloween costume as Harley Quinn for anyone that missed that:

Last year’s Halloween costume was good but this year is even better👀 Who do you think I’m dressing up as? @swaggolfco pic.twitter.com/AEg25d2kaC

Everyone can now stop trying to guess what Paige will be for Halloween because the answer is ‘obscure video game character that every millennial remembers from the 90s’. It’s perfect.

Who was Cammy from Street Fighter: II?

Cammy’s full name is Cammy White and her codename/alias is Killer Bee. She was the second female fighter added to the Street Fighter series.

Her backstory is that she was a former assassin before flipping to become a MI6 operative for the British government. There aren’t many parallels between Cammy and Paige Spiranac but it still works perfectly as a Halloween costume.

Fans were way off in their guesses of what Paige Spiranac’s Halloween cosutme was going to be this year.

Vampirella. You have a perfect figure and face for it and MANY costume choices. I almost recommended Elvira but, I think we can agree that while you have the upper body, you just don't have the "face" (not a bad thing).

Any character from House of the Dragon would make sense given the show’s hype:

Honestly don’t know – hopefully something cool and just not what’s popular at the time (no Hellraiser, HOD or Lord of the Rings)

I didn’t even consider Marilyn Monroe as an option but given how dark Blonde is I doubt this will be in the running:

If the universe had a sense of humor, this would have been the winning costume choice:

There’s no telling if this is the ONLY Paige Spiranac Halloween costume this year. We’ll certainly keep an eye out for more.