Here’s The Official Trailer For Andy Samberg’s ‘Palm Springs’, Which Has 100% Rating On Rotten Tomatoes 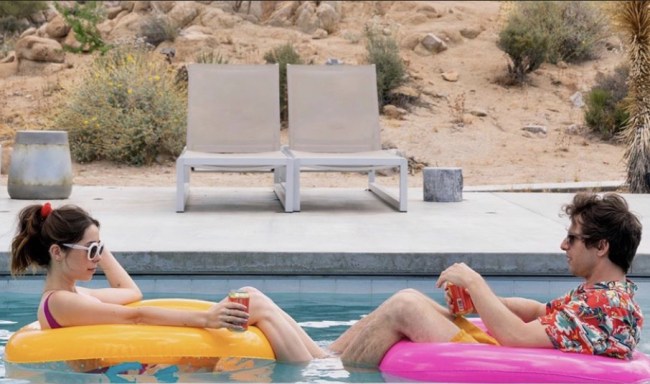 Andy Samberg is just one of those dudes whose work I’ll blindly support no matter the circumstances. Doesn’t matter what the project is or whether it’s a TV series or a feature film. I don’t care who the director us and who’s starring alongside him. All I know is that if Samberg is in it, then I’m guaranteed to laugh until to the point of tears at least a handful of times. I was watching Hot Rod for the billionth time a few weeks ago and it still remains as unabashedly hilarious as it was the first time I saw it 13 years ago.

That appears to be the case with his upcoming comedy film Palm Springs, which currently boasts a 100% critics score on Rotten Tomatoes.

Here’s the official synopsis of Palm Springs, via Hulu:

“When carefree Nyles (Andy Samberg) and reluctant maid of honor Sarah (Cristin Milioti) have a chance encounter at a Palm Springs wedding, things get complicated the next morning when they find themselves unable to escape the venue, themselves, or each other.”

In addition to Samberg, Palm Springs also stars Cristin Milioti (the mother in How I Met Your Mother) as Sarah, J.K. Simmons as Roy, Camila Mendes as Tala, Tyler Hoechlin as Abe, Meredith Hagner as Misty, Dale Dickey as Darla, Chris Pang as Trevor, Peter Gallagher as Howard, June Squibb as Nana Schlieffen, Jacqueline Obradors as Pia, and Tongayi Chirisa as Jerry.

Palm Springs will premiere exclusively on Hulu in the United States on Friday, July 10.