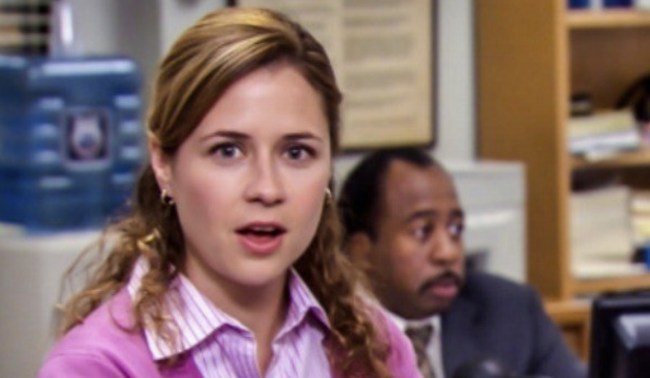 Once every hour someone is involved in an internet scam. That being said, this doppelganger of Pam Beesly is not an internet scam, it’s just an amazingly wonderful internet meme based on your favorite TV sitcom from years ago.

TikTok user @livvy.lady has an uncanny, almost scary, resemblance to Jenna Fischer’s character in The Office.

Corporate needs you to find the difference between these two pictures. 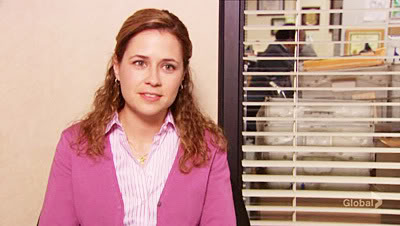 Liv Arentsen, who is a college senior, didn’t even realize that she looked exactly like a younger version of Pam from The Office until a random hair-curling happenstance.

“I asked one of my roommates to borrow her curling wand, and next thing I knew, I had over 6 million views and 1.3 million likes on a video of me transforming into Pam,” Arentsen told BuzzFeed. “I went from having around 300 followers to tens of thousands overnight.”

“People started comparing me to Pam on TikTok in early October,” she said. “I had never been told I looked like her before…online or in real life.”

Reply to @randall_pendley #greenscreen been getting this a lot… where’s jim at tho?? Duets r on 👀

Reply to @giovanni1021 Dunder Mifflin, this is Pam

But she does understand that identity theft is not a joke.

But it isn’t all Pam Beesly cosplay on her TikTok, she also performs the obligatory lip-sync and dance routines.

Wait… i kinda did it tho

Let’s hope Liv takes her Pam Beesly impression to Chili’s because that’s where God is.

Reply to @gabbstarrtm me realizing i suck at winking 😳