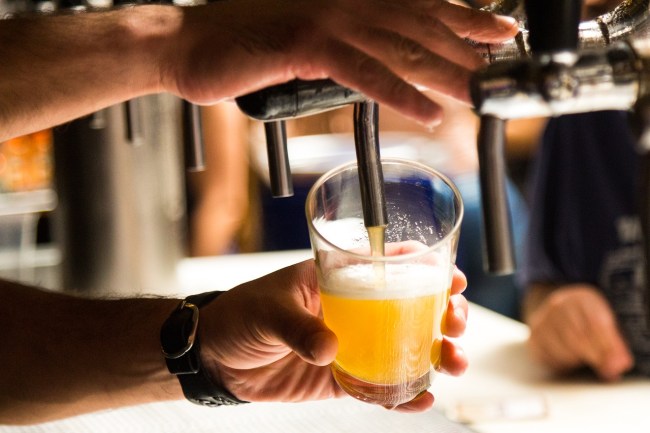 Ever since I secured an ID that could get me into bars in a less-than-legal manner, I probably never went more than a week without stopping by a watering hole to grab a drink or four. However, that all changed earlier this year when I suddenly found myself thrust into a world where bars basically stopped being a thing.

I remember sitting in one of my usual haunts in New York City on the second Sunday of March nursing the screwdriver I was relying on to serve as the hair of the dog that had chomped me the previous night wondering if it was a good idea to be there in the first place considering the increasing amount of chatter concerning the virus that would alter my very existence just a few days later.

While liquor stores were mercifully deemed “essential” businesses, the bars in my area were only allowed to serve drinks to go, and while you could technically still go on a crawl in a fairly responsible way, it wasn’t the same as being able to post up on a stool while chatting with random people and the many bartenders I’d come to know a bit too well over the years.

I like to think I’ll one day be able to return to that old way of life whenever the world gets back to whatever we’ll end up defining as “normal,” but based on what Molson Coors CEO Gavin Hattersley recently told Chicago Business, we might want to start bracing ourselves for a drinking landscape that could be permanently altered after the pandemic finally ends.

During his conversation with the outlet, Hattersley shared his thoughts on the future of going out to drink with a particular focus on beer, saying, “There’s no doubt in my mind it will take a very long time to recover to 100% of bars and restaurants if we ever get back to that level.”

While he predicts Big Beer will make it through the storm relatively unscathed, he warned that beer nerds like myself who enjoy being slightly overwhelmed by a tap list with dozens of offerings may have fewer options to pick from, due in part to the harsh reality that thousands of craft breweries may end up having to close their doors for good by the time the disease fades away.

Based on all the ways our lifestyles have been altered over the course of 2020, this is just another unfortunate situation that we’ll probably have to learn to adapt to, but that doesn’t make it suck any less.