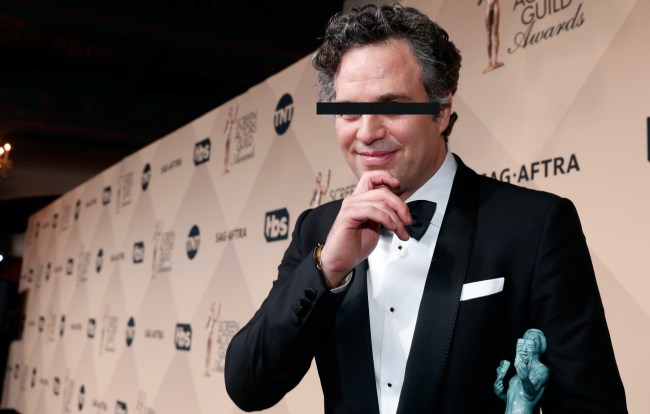 Surprise! Are you surprised? I sure as shit was — when I first saw the tweet to the original Collider report, I actually thought I was being looped into some sort of Film Twitter April Fool’s joke despite today’s date being, in fact, February 10. Just something about Mark Ruffalo makes me think people are kidding whenever he’s mentioned — he’s so nondescript that he doesn’t elicit any sort of strong emotional response and therefore can easily be worked into aforementioned imaginary ruses with too much suspicion. Did you hear that Mark Ruffalo came out as a furry or did you know that Mark Ruffalo actually owns 700 acres of corn in Iowa or hey Mark Ruffalo has been cast as Ronald Regan in an upcoming biopic? All of those are wildly different falsehoods yet all equally believable.

But nevertheless, Ruffalo being eyed to star in the upcoming HBO series based on the historic Academy Award-winning film Parasite is very much the truth, as Collider is reporting they’ve had this information for some time but decided to sit on it out of respect for the film.

Multiple sources have told Collider that three-time Oscar nominee Mark Ruffalo is being eyed to play one of the series’ leads.

Parasite director Bong Joon ho is teaming with fellow Oscar winner Adam McKay on the series, which is expected to be five or six episodes, and is based on the Oscar-winning script by Bong and Han Jin-won.

Out of respect for Parasite, and so as not to influence Oscar voting, Collider held this story for the past week, and made the decision to run this story several days before the film won four Oscars on Sunday night. Reached for comment over the weekend, HBO issued a statement.

“The HBO limited series inspired by Parasite is in the early stages of development, and to speculate on any characters or casting is wildly premature.”

If Bong Joon ho — our one true king — wasn’t involved, I’d accuse HBO of lacking creativity for not being able to come up with their own content. But because the man himself will be working on the project directly, my hopes from the eventual limited series could not be any higher.