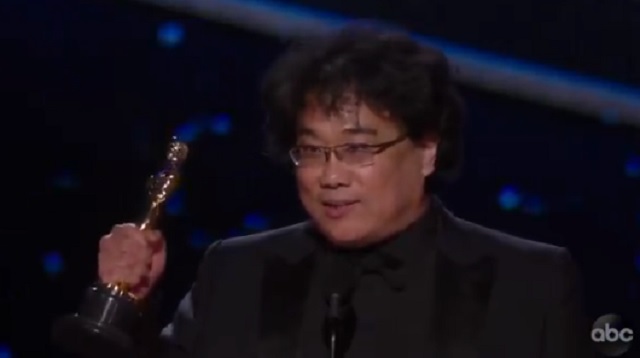 During his acceptance speech for Best International Feature Bong Joon-Ho spoke in his native Korean until he busted out “I’m ready to drink tonight” in English at the end of his speech.

Later in the night Bong won the Best Director Oscar and then said he was going to “drink until next morning’.

Bong is a great director and he looks like he’s a pretty fucking awesome dude.

bong joon ho admiring his oscar is literally the most wholesome thing ever 🥺 #Oscars pic.twitter.com/rnaEFikdyz