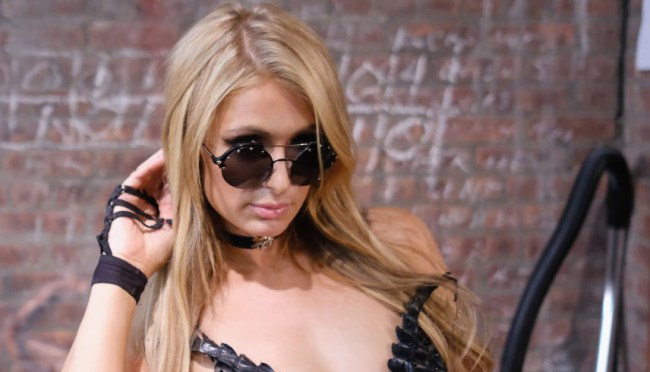 Over the weekend, the queen of zero self-awareness, Paris Hilton, tweeted that she and Britney Spears “invented” the selfie 11 years ago. Needless to say, Twitter strongly and comically disagreed.

Rightfully so, I might add. Because, well, according to Wikipedia, the first permanent photograph of a camera image was made in 1826. That would be… hold on… carry the two… 191 years since the first photo was taken with a camera.

Since that day, it has been estimated that there have been over 3.5 trillion photos taken. Call me crazy, but I am guessing that somewhere along the way, LONG before Paris Hilton did it, someone took a photo of himself using his own camera. Just a hunch.

11 years ago today, Me & Britney invented the selfie! pic.twitter.com/1byOU5Gp8J

#Sinatra did it as a child. 👌 pic.twitter.com/BoJkdch4yv

1910 one of the first mirror selfies pic.twitter.com/YU7QKNQXo8

Sorry, @BillNyeSaves did it way before you. It was 1999 pic.twitter.com/yEHZN5BVvd

Mr bean did it first! pic.twitter.com/KHnYY47S8J

WCW hasn't been in business since 2001. Give Sonny Onoo his deserved credit. pic.twitter.com/zapHXgBD1W

By the way, the winner of earliest selfie as determined by the internet is… Robert Cornelius.

This is the first ever photograph selfie in history, taken by Robert Cornelius in 1839. It's now in the collection of @librarycongress. 📷 pic.twitter.com/eS5a3Zy6sT