Paris Is Experiencing A Mass Exodus As People Leave Before Lockdown 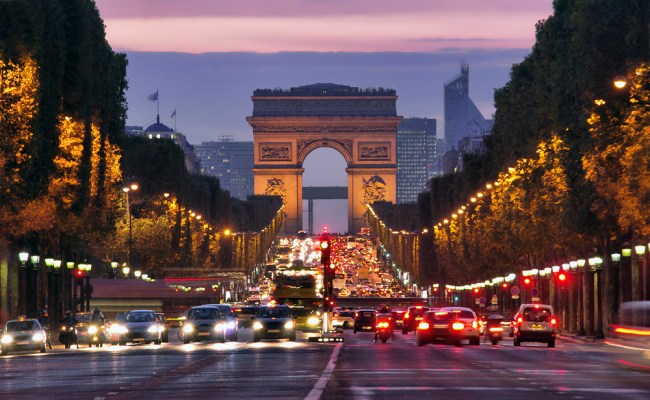 Paris is experiencing a mass exodus this evening as people try to get out of the city before France enters its second national lockdown of the COVID-19 global pandemic. The lockdown, which was announced by President Emmanuel Macron on Wednesday, is a result of a significant rise in positive Coronavirus cases.

Incredible traffic jam in Paris as people try to leave the city before 9 pm curfew and before confinement begins at midnight. Traffic is barely moving in every direction as far as the eye can see. Lots of honking and frustrated drivers. pic.twitter.com/6Zn2HCxuPl

Under the new measures that begin at midnight on Friday, people will only be allowed to leave home for essential work or medical reasons and all non-essential businesses, such as restaurants and bars, will close until at least the end of November. Sytadin, the country’s real-time traffic monitoring system, showed astonish numbers that France has never seen.

At 6:00 p.m. on Thursday, the program recorded 706 kilometers of traffic jams in the Île-de-France, the most populous of the 18 regions in the country that includes Paris’ city center and surrounding axes.

Today’s traffic was at unprecedented levels. At the height of traffic jams on Oct. 29, 2017, the system noted a total of 326 kilometers, nearly half of the peak from today. On this day last year, in 2019, a peak of 525 kilometers was reached.

And the perspective on today’s jam gets even crazier when you look at Friday, December 22, 2017. On a day with largest pre-holiday traffic spike in recent years, there were only 376 kilometers at 3:48 p.m. Today, at the same time, numbers has passed the 400 kilometer threshold. Never once since the birth of the Sytadin system has the level of traffic exceeded 408 kilometers of traffic jams between 1:00 and 5:00 p.m. It did today.

The absolute record for traffic jams in the region dates back to a massive snowstorm on February 6, 2018. On that snowy day, traffic reached a peak of 739 kilometers, which isn’t far off from the 709 kilometers recorded today in clear weather.