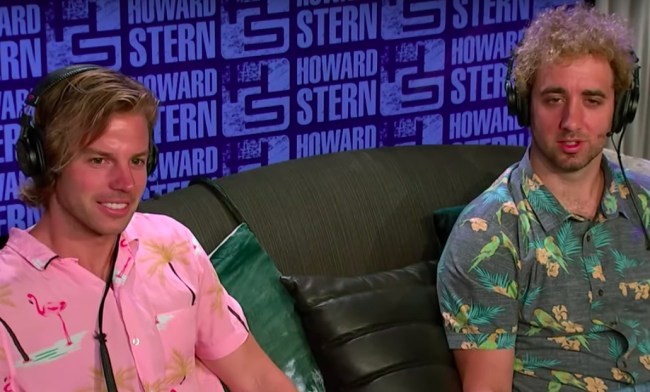 A couple of years ago, I instantly fell in love with internet legend Chad Goes Deep when he crashed a San Clemente City Council meeting to lobby for a statue to be erected in the memory of Paul Walker in one of the best public testimonies you’ll ever see.

Later that year, the legend returned with a vengeance when he teamed up with fellow bro JT to fight for their right to party after Los Angeles tried to crack down on ragers in the Hollywood Hills.

Since then, the duo has been on an absolute tear as they continue to advocate for the bro community by attempting to make L.A. chill the hell out and defend the honor of Nickelback (which may be a bit of a controversial cause but I nevertheless respect their commitment to it).

Now, Chad and JT have returned with a bang after recently securing an invite to The Howard Stern Show, where they debuted a clip from a Manhattan Beach City Council meeting in which they argued for a second Fourth of July holiday so America can truly get the celebration it deserves.

Given the current political climate, it’s nice to know there are people out there who are fighting for what truly matters: the right to get your party on as much as possible.

You can listen to the full Party Bros interview with Howard Stern via the SiriusXM app – Subscribe here!