Get A Load Of This Patrick Reed ACE From Today’s 1st Round At The U.S. Open 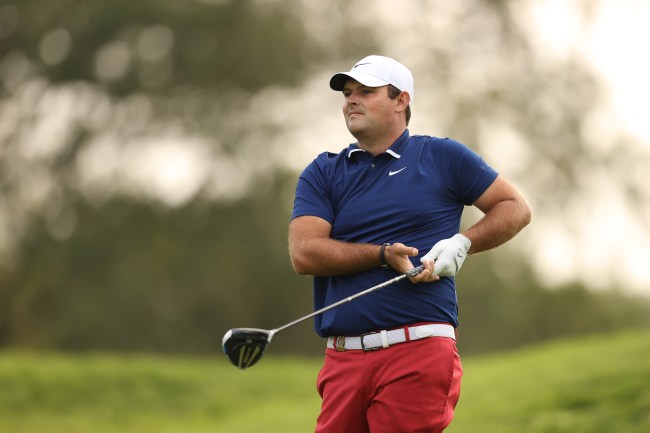 Patrick Reed with the hole-in-one at 7. Tips his cap to his playing partners, who look like they couldn’t possibly care less.😂 pic.twitter.com/iwOydqCF8a

Wow. I mean, that’s incredible. I feel like I’m the only one impressed by this. Are we kidding? That was insane. A one-hopper ACE to get things rolling for public enemy #1 in the golf world, Patrick Reed. And perhaps a little sad to think that even if the stands were completely full, old Patty would probably have received a similar level of applause for this incredible hole-in-one. Look at the reaction from his playing group: “there we go.” Couple fist bumps. Jesus Christ, if I ever hit a hole in one, I expect my group to pour champagne down my pants, throw me in the water hazard, and fly my parents in on a helicopter to celebrate their big boy.

And this is at the damned U.S. Open! At Winged Foot!! The over/under for the winning score of the tournament was set at +1. So much for Vegas knowing anything whatsoever. Time to come out of gambling retirement!!

It’s early yet, but Justin Thomas is in the lead after finished -5. Dude came in and made Winged Foot look easy. Get this:

Justin Thomas’ five-under 65 is the best round EVER at Winged Foot in a US Open, beating by one shot Fuzzy Zoeller’s second-round score in 1984. Zoeller’s winning score of -4 is the only aggregate score to be under par in five editions of the championship played here. #USOpen

Reed is in second at -4, Rory is in third at -3, and we’ve got a bunch of big names teeing off as we speak.

A gambling junky friend of mine said this to me: “It feels like we went from eating twigs and berries and starving in the wilderness for 6 months to Thanksgiving dinner. We’ve got the NBA and NHL playoffs, football is back, U.S. Open golf, baseball… I can’t handle it.”

Eat up, kids. We should never take sports for granted again.