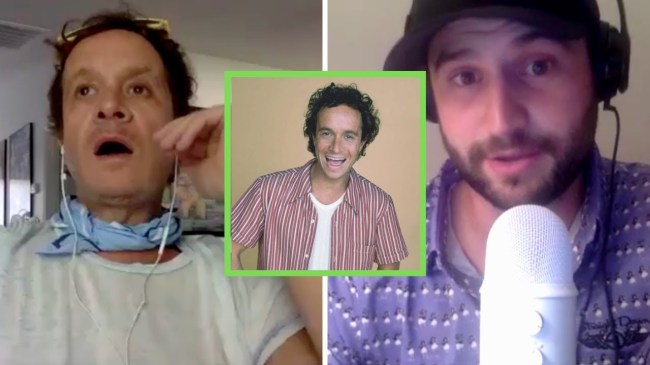 Pauly Shore is an interesting character, to say the least. His mom, Mitzi Shore, is the founder of the famous Comedy Store in LA which immediately put Shore into the limelight since when he was a kid. The Comedy Store was home to and the starting point for a lot of comedic legends careers such as Eddie Murphy, Chris Rock, and even guys like Joe Rogan.

Shore has been surrounded by comedians his whole life and there was no surprise when he decided to hit the stage himself at the young age of just 17. From the time he caught his big break as an MTV host in the 90’s, Shore gained instant and fame. But you have to wonder just how much of the fame at such an early age can be a downside to life as you don’t have the time to mature and grow in a way that a normal kid would. Shore spoke about that on The Brilliantly Dumb Show.

“The rhythm of my life was a lot different than most people’s rhythm, usually you go to high school, then college, and you develop along the way. I hit my stride at such a young age that I kind of came down in my 30’s,” Shore explained. “That is when I had time to start growing up, my comedy started to become a lot better and I became more relatable.”

Shore went on the discuss the ups and downs of his career and a recent bright spot with his new film “Guest House” that will be on digital and on-demand September 4th. You never know what Pauly Shore is going to do or say and the more I think of it, maybe that’s the beauty of him.

It was a bizarre interview that goes into full detail of the strange career of Mr. Shore himself. For the full interview, be sure to subscribe to The Brilliantly Dumb Show on YouTube, Apple Podcasts, and Spotify.